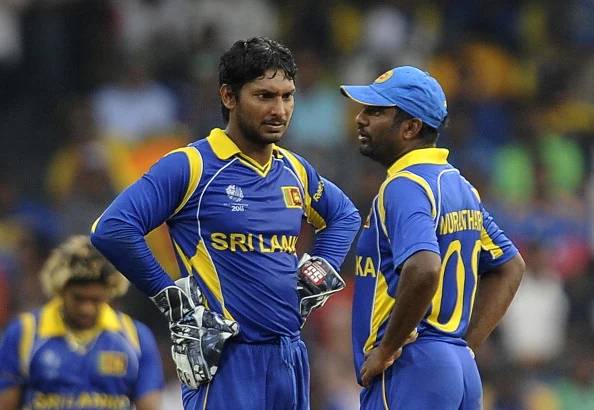 In wake of the recent results of the Island nation, SLC on Friday announced that Muttiah Muralitharan and Kumar Sangakkara have been included in the four-person technical advisory committee. Further, former batsman, Aravinda de Silva has been appointed as the chairman of the committee.

After Sri Lanka’s no-fight contest against England in the recently-concluded series, there have been public outcries over their performance, which also has warranted for a few changes inside the cricketing board. In the wake of the proceedings, Sri Lanka Cricket Board have named Muttiah Muralitharan and Kumar Sangakkara in the list of the four-man technical advisory committee. Sangakkara recently was also named Rajasthan Royals’ Director of cricket, where he will oversee a lot of things for the franchise.

“Sri Lanka Cricket appointed the following members to the ‘Cricket Committee,’ taking into consideration the recommendations made by the Minister of Youth and Sports, Honorable Namal Rajapaksa,” SLC said in a statement.

Alongside Muralitharan and Sangakkara, the cricketing board has also included Roshan Mahanama, who previously served as ICC’s match referee in several games in the list.

Former Sri Lankan batsman Aravinda de Silva has been appointed as the chairman of the committee, on the recommendations made by the Minister of Youth and Sports, Honorable Namal Rajapaksa.

“The committee is expected to work closely with the SLC in order to raise the quality standards of the game both domestically and internationally,” the sports ministry said.