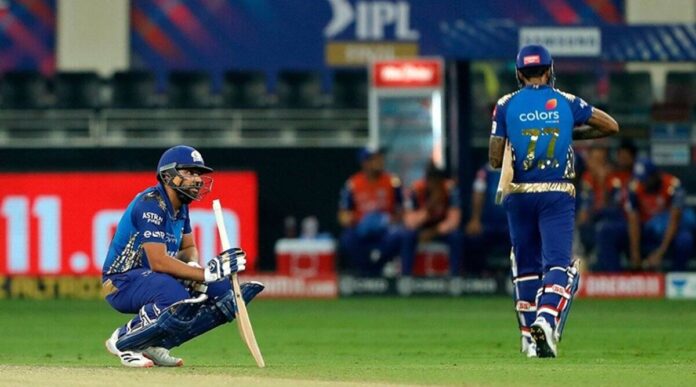 Sooner or later, Suryakumar Yadav’s inclusion in the Indian T20I setup was certain but the fact that it has come in the home series, against England makes it even more interesting. However, on the flip side, India’s selection policy to axe Sanju Samson was as appalling as their trust in Dhawan.

Amidst the IPL auction and several franchises showing their teeth, the Indian squad dropped like a bombshell for a few and a pleasant surprise for the others. While the host of players, who were part of the squad for the Australian series maintained their place, there were a few omissions – notably one of Sanju Samson, who is one of the high-profile names missing from the squad for the home series against England.

On the other hand, the IPL heroes – Suryakumar Yadav, Ishan Kishan, Rahul Tewatia, and Varun Chakravarthy have been awarded their debut jerseys in the Indian blues. Meanwhile, a notable part of Delhi’s success – Axar Patel has returned to the setup alongside Rishabh Pant. That’s not it all, Bhuvneshwar Kumar’s name on the list came as a massive booster to the Indian fans, who consistently were sweating over his fitness and place. So what’s the talk of the town?

That’s not even the most shocking of the things that happened on Saturday when BCCI decided to finally announce its T20I squad for the five-match series against England. But it was quite shocking to see Samson getting the axe, just after one series, that too when he brought about something refreshing in the Indian middle-order. India have plenty, by plenty – plentiful plenty of players who can score runs but they didn’t quite have someone as dangerous and free-style as Samson in the middle-order. But in the wake of his absence to put on a big score and with Hardik Pandya’s resurgence as a batsman has put him under the bus.

And under the bus also means a return for Rishabh Pant in the white-ball setup, after missing the entire Australian series. After what was a horrendous IPL, at least by Pant’s own standards – the wicketkeeper was omitted from the white-ball setup for KL Rahul. His return puts up another blaring question if he is indeed set to start, what about the incumbent wicketkeeper, Rahul? Well, plenty of questions right there and we are just in our first point of selection issues. It is quite appalling that the Indian team didn’t give the Kerala wicketkeeper a long shot in the shortest format.

The inclusion of Rahul Tewatia and Varun Chakravarthy

In the presence of Washington Sundar and Yuzvendra Chahal, India have two of the best white-ball spinners in the world, at least in terms of control. Not only does the off-spinner pick up the new-ball but his ability to keep things stringently tight makes him stand-out in the pack of the rest. His RCB partner Chahal too hasn’t put a wrong step which makes us wonder where is the space for the other spinners?

Well, the inclusion of Rahul Tewatia was just that – it brought up a debate not because of his inclusion but because of what it would mean to the Indian team. Now I had to wrap my head around it and had to think a long time before it became clear. Tewatia wasn’t viewed purely as a spinner but as a powerhouse package, who could bowl and give India those lusty blows in the end. Now in that way with all the bio-bubble restrictions, it makes sense but from a bowling stand-point, it falls flat when they didn’t even pick Rahul Chahar.

With Varun Chakravarthy, it is a notable pick from the Indian team, who wanted the mystery spinner to finally have a crack at the international level. The Indian team’s urge to have a mystery spinner is well-known and that combined with the lack of such spinners in world cricket would make things really enticing. However, the question remains – would Varun be finally fit and fully fit to make his appearance?

While some of the selections in the past seemed appalling, this non-selection in the past surely was appalling to a lot of Indian cricket fans, especially the ones who forego their summer playing cricket to watching cricket. Suryakumar Yadav and Ishan Kishan – two of Mumbai’s emerald eyes – have finally been picked in the Indian squad. Now while that might not give them an assured spot in the playing XI, it surely relieves them of the psychological pressure, surrounding the non-selection. It also is only fitting that they get their chance in the country, where they can show their value.

Similarly with Ishan’s selection, comes a major plus, India could very well use him anywhere in the batting set up, just like KL Rahul. But that also is a disadvantage for the national team, who have players already seemingly locked at their spots. Now if the Indian team is indeed looking at the youngster as a pure wicketkeeping option, would it be ahead of KL Rahul and Rishabh Pant, would be a question, especially since he hasn’t kept wickets for Mumbai in the IPL. But as things stand, their selection embodies the transition that India wants to have, especially in the team that is filled with run-aggregators, something that might not really assure them a World-Cup win.

By the end of the Test tour, Axar Patel would be already back in the headlines, as someone who can potentially replace Ravindra Jadeja, if that only is a possibility. But him making it to the white-ball squad is pretty pleasing, after the success he has had with the ball for the Delhi Capitals. Alongside Ravichandran Ashwin, Axar formed an exquisite partnership, where the duo picked up wickets for the franchise. More than that, his three-dimensional skill set would definitely come into the picture, especially with Jadeja missing the series due to injury.

On paper and just crunching the numbers, Axar’s comeback into the Indian setup is pretty valid – 117 runs with a strike-rate of 137.64 and nine crucial wickets, coming at an average of 36.33. Now it might be overly pleasing to the eye but his presence in the Delhi Capitals was something that stood out from the last season. Combine that with Jadeja’s absence, India have two options to replace the all-rounder in Tewatia and Axar but surely Axar return now is inevitable.

Easily one of the best opening-wicket partnerships in the last decade, Rohit Sharma and Shikhar Dhawan have scripted a brilliant award-winning story for India in the past. But it’s high-time they look into the present and the future, where the partnership would do them more harm than good. Having two crazy options in the form of Ishan Kishan and KL Rahul, India’s persistence with Rohit and Shikhar would spell doom, especially when their No.3 and 4, Kohli and Shreyas Iyer are prolific run-accumulators and not crazy strikers of the ball. And in the presence of Rishabh Pant and Hardik Pandya, India can’t really keep wasting Rahul’s talent lower down the order.

To look at things that way, India should have picked this series, earmarked this series as a break for the opening partnership, and instead should have persisted with Rahul at the top of the batting order, a move that could really work out well for them. Not just that the presence of Ishan Kishan too could help them detach the opening pair and put on a new partnership at the top if the left-right combination is invaluable. It was a prime opportunity for India to break the partnership, move away from the established figures in a year where every T20I would be highly crucial. Chance missed!