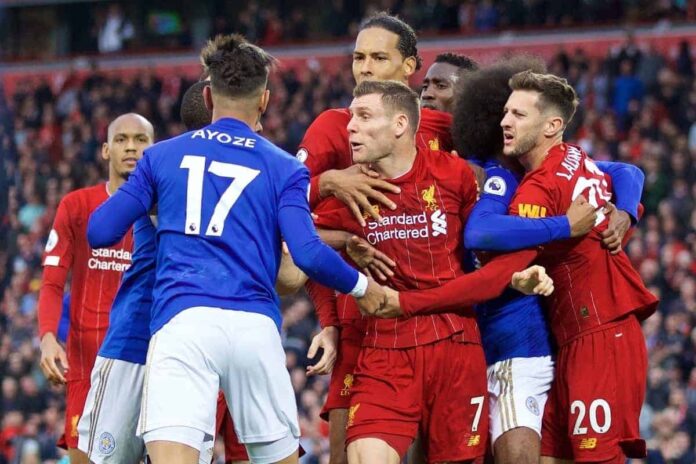 Things are not getting any easier for out-of-form Liverpool as they face a tricky trip to Leicester this Saturday lunchtime.
Jurgen Klopp’s side were hammered 4-1 by Manchester City at Anfield last Sunday, a result which all-but ended their already slim hopes of retaining the Premier League title.
The Reds currently sit in fourth-place, ten points adrift of leaders Man City having played a game more, though victory would lift them into third, above Leicester on goal-difference.
The Foxes saw their own title aspirations falter as they were held to a goalless draw by Wolves last weekend, but Brendan Rodgers’ men bounced back to reach the FA Cup quarter-finals in midweek with a last-gasp win over Brighton.
Jurgen Klopp has no fresh injury concerns but could hand a debut to Ozan Kabak at centre-back, which would allow captain Jordan Henderson to move back into midfield.
Jamie Vardy made his first start since returning from injury in the FA Cup in midweek and Brendan Rodgers must decide whether he is ready to go again, with a Europa League tie against Slavia Praha to come on Thursday.
Jurgen Klopp will be looking for a reaction from his side, who have had the rare benefit of almost a full week off. However, Leicester could prove a tough nut to crack.