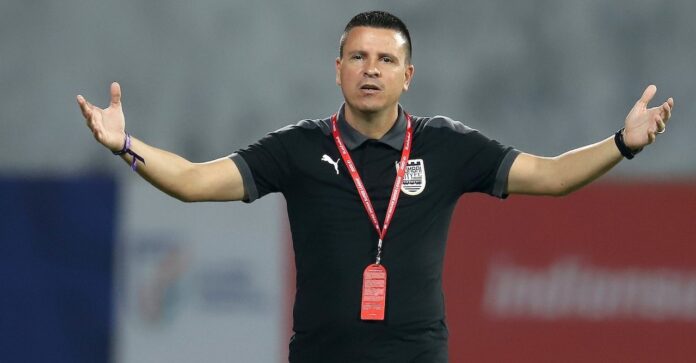 Mumbai City FC head coach Sergio Lobera feels that they have played their worst game of the season so far, last Saturday evening, having lost 0-2 to Jamshedpur FC. With the loss, Mumbai City FC remains at the second position on the league table, trailing ATK-Mohun Bagan by five points.

With ATK-Mohun Bagan claiming wins in each of their last five matches and widening the gap at the top of the table, Mumbai City FC had to play catch up. While it was not expected that the ‘Islanders’ would run through Jamshedpur FC, but a 0-2 loss did not help their cause either, with their chances of earning the coveted AFC Champions League berth looking slim right now. Mumbai City FC head coach Sergio Lobera feels that they played the worst game of their season last Saturday evening.

“In the most important part of the season, we are losing games. We need to analyse the situation first as a coach. For me, today’s game was different from the last games. Against Bengaluru, we created chances and played very well but today is the worst game we have played so far and we deserved the defeat,” said Sergio Lobera, following the loss.

Sergio Lobera’s men were missing the like of Hugo Boumous – their most potent weapon owing to suspension issues. With Cy Goddard replacing him, the footballer lacked intent in the attacking third and failed to create any serious goal-scoring opportunities. As per Lobera, they were not playing their style against Jamshedpur.

“We are not playing in our style of play. We are strong with the ball. But in the first half, we did not make even 10 passes. It is difficult for us. We were playing against a very good team. They did a very good job,” added the manager.