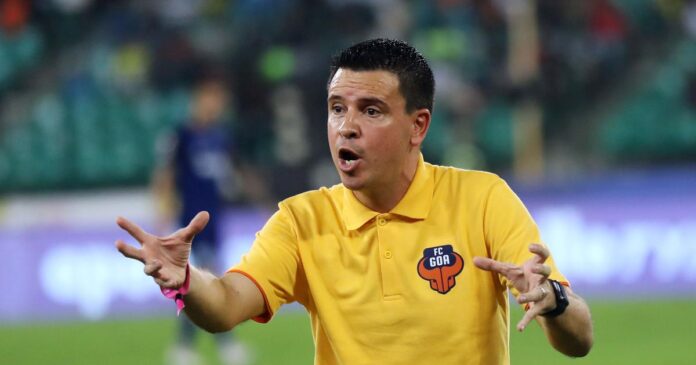 Mumbai City FC head coach Sergio Lobera felt that it was difficult for them to play against Bengaluru FC after conceding a goal in the 30th second, while the match eventually ended 4-2. The ‘Islanders’ find themselves at second place on the table with 34 points from 17 matches so far.

With ATK-Mohun Bagan claiming three points in their previous game and moving to the top of the points table, Mumbai City FC had their task cut out. The ‘Islander’ took the field as favourites on Monday evening, but they were stunned by a spirited Bengaluru FC side and crashed to only their third loss this season. Mumbai City FC head coach Sergio Lobera felt that it was difficult for them to play against Bengaluru FC after conceding a goal in the 30th second, while the match eventually ended 4-2.

“When we concede a goal in under 30 seconds against a team, it increased their motivation. It is difficult for us to play against Bengaluru after conceding this goal. But I think our reaction after conceding two goals at the start of the second half was good,” said Lobera, after the loss to Bengaluru FC.

“When we came back into the game and conceded the third goal it was painful for us. But we believe we will continue working and we could have scored the second goal. We had our chances to score but it wasn’t possible (to come back).”

In spite of conceding four goals, the Mumbai City FC boss is not concerned too much, but he is worried about the fact that they did not convert their chances. But, overall, Lobera feels that they have to improve in both departments – offense and defence.

“I know we conceded four goals and in the last game also, we concede a lot of goals. But the main thing in football is balance. My concern is more about the chances we didn’t convert, not the goals we conceded. Because if we score all chances, we win the game. But we need to improve in both departments. In defence, attack and we need to strike a balance because finally, this is the most important thing,” added the manager.