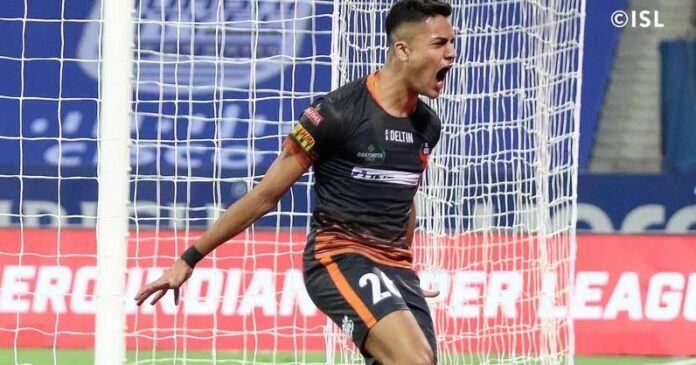 The curtains are almost drawn on the league stages of ISL, but we have only two semi-finalists so far, while three teams are fighting out for the remaining two spots. While you sit back and enjoy the last week of the season, have a look at the players who stood out from the rest in the past week.

Up against league leaders Mumbai City FC in a do-or-die game is a situation no team wants to be in, but unfortunately, for a misfiring Bengaluru FC – they couldn’t have avoided the situation. Going by the past records, the ‘Blues’ have always been competitive opponents, even though not many backed them up for this encounter. Taking the offensive route from the onset, Bengaluru FC scored as early as in the 30th second via a brilliant Cleition Silva strike to take the lead. Just when the ‘Islanders’ were hoping to settle down and get into their own groove, fresh assault struck. The Brazilian completed his brace in the 22nd minute with a header to snatch the game away. Even though the match ended 4-2 in favour of Bengaluru FC, the early goals gave ‘Blues’ the momentum, while assured Mumbai City were never getting back in the contest. With Bengaluru FC still aiming for a top-four finish, there’s no doubt Cleiton Silva is theman to watch out for.’

The Australian footballer has not been impressive throughout the season, in fact, some schoolboy errors made by him had actually raised questions in the past. But, Manuel Marquez showed immense faith in him which meant that was in the playing XI against Odisha FC. An equally fought first-half did not help the footballer, but the change of sides had a different tale to it. Kerala Blasters FC’s Bakary Kone made a mockery while clearing a ball, while Chianese sniffed opportunity, charged into inside the box, only to see his teammate Fran Sandaza slot it home with ease. A few minutes later, the same defender managed to repeat a similar mistake, while Chianese picked up the loose ball, but was illegitimately brought down by a stopper. Sandaza scored again from the spot. But, it was Chianse’s involvement in both the occasions that initiated the attack and with the two goals down, the match was well away from Odisha FC’s reach.

It was due to the Covid-19 pandemic that young Ishan Pandita and his family rushed back to India, cause it was difficult to find a club for him back in Spain – where he played his youth career. There was hardly any space to fit in the guy, but Juan Ferrando made sure he got a taste of the extravaganza. Mostly introducing him as a trump card in the dying minutes of the game, the Delhi-born striker grabbed the opportunity with wide arms, having scored four goals already in the ongoing Indian Super League. In each of FC Goa’s last two games, Pandita came in as a substitute and struck in each game – against Mumbai City FC and Chennaiyin FC to ensure that his team walked away with a point from the game and keep their title hopes alive. In just 51 minutes played this season, the Indian has scored four goals. Not an ordinary feat by any extent.

The Uruguayan has been the backbone of Northeast United FC ever since he joined the club back in the 2018-19 season. The slump for the ‘Highlanders’ midway through the season might have put his future in jeopardy, but his resurgence under the stewardship of interim manager Khalid Jamil has been sensational. In their last encounter against Odisha FC, the South American assisted two goals en-route to their 3-1 win, which propelled them to an advantageous position, as far as the playoffs are concerned. Apart from that, the footballer managed to shoot eight times at the goals, out of which three were on target. Overall, he blocked three shots, created five chances, and hurled in seven crosses in the same match. With an overall performance of such magnitude, I do not dare to keep him out of the list. And he’s not done yet this season.

The Indian might not possess rosy statistics when compared with the other players on the list, but the winger is hard to contend with when on song. The Csaba Laszlo-led side had no motivation to play for other than pride when they took the field against Northeast United FC last Thursday evening. A positive start from Chennaiyin FC meant Chhangte was in the thick of things and it did not take him long to get on the scoresheet after he slotted the ball past the keeper, courtesy of an inch-perfect pass from Jakub Sylvetr. With the game slipping away from the ‘Marina Machans’, the former Odisha FC player rose to the occasion once again, with him running down the wings, launching a powerful shot that deflected from Northeast United FC’s Benjamin Lambot’s foot to roll into the net. Chennaiyin FC neither won the game nor enhanced their chances for the qualifiers, but Chhangte managed to hog the limelight throughout the game.