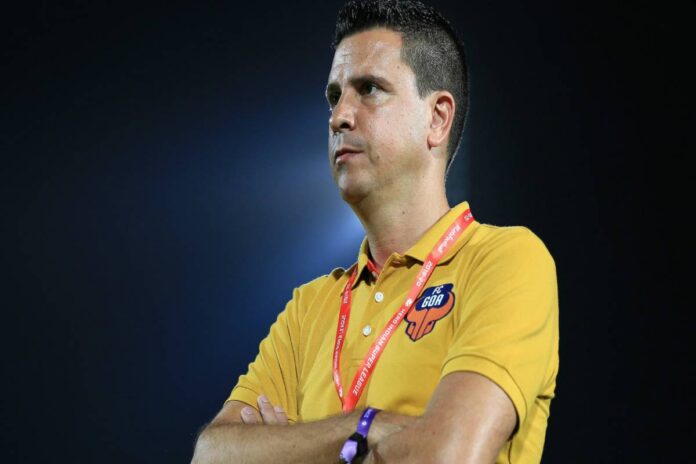 Mumbai City FC head coach Sergio Lobera admitted that he was proud with the attitude and character of the players during their win over Kerala Blasters FC last Wednesday evening. The Islanders remain at the top position in the league table with 33 points from 15 matches so far.

Mumbai City FC’s 12-match unbeaten streak came to a halt during their last game against Northeast United FC, having suffered a 1-2 loss last weekend. With the gap between them and second-placed ATK-Mohun Bagan narrowing down to 3 points, the Islanders needed a win to maintain keep their position safe. Even though it was an evenly contested match, Mumbai City FC managed to log full points by registering a 2-1 win over Kerala Blasters FC last evening at the GMC Stadium, in Bambolin. Their head coach Sergio Lobera admitted that he was proud of the attitude and character of the players.

“I am very happy because it is not easy. To win today was amazing. I am very proud of the attitude and character of my team. We had a lot of chances at the beginning and then conceded. Then the second half for me is amazing, it is three very important points,” said Sergio Lobera, after Wednesday’s win.

The Islanders were trailing by the end of the 27th minute itself, but they managed to stage an inspiring comeback and clinch three points by the end of the game. Even though Kerala Blasters FC tried hard to level the scores and snatch out a point from the fixture, Lobera’s men were excellent in denying them a goal.

“We are working well in defence. Today players, they showed it. Sometimes it is not possible to dominate the game for ninety minutes. I am happy with the performance of the defence,” added the manager.