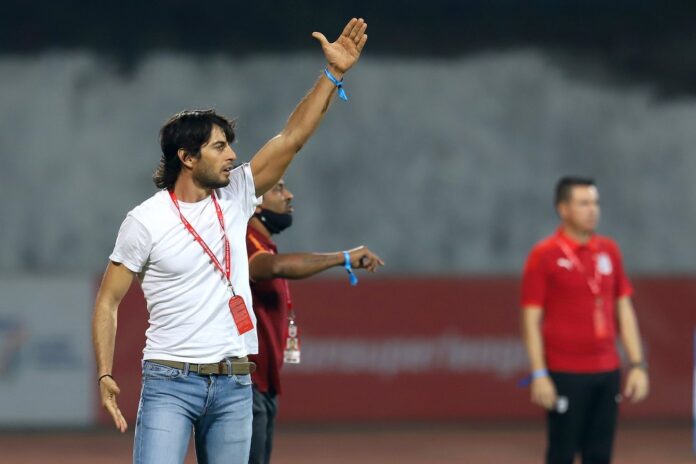 FC Goa head coach Juan Ferrando feels that they need to be calm and positive in the upcoming games, with them almost through to the semi-finals in the ongoing season. With the win, the Gaurs are now placed at the fourth position in the league table, with 27 points from 28 matches so far.

FC Goa have failed to register a win in their last six matches but managed to keep their hopes alive for a top-four finish by collecting a single point in each of them. The clinical 3-1 win over Odisha FC not only helped them break the jinx but also furthered their claims for a play-offs berth. Their head coach Juan Ferrando feels that they need to be calm and positive in the upcoming games.

“More or less, it is the end of the season. The emotion and stress are very difficult to control in the last few games. But to win today is good. It is difficult for all, it has been a hard season for all in these conditions,” said Juan Ferrando, after the win over Odisha FC.

“For me, the most important thing in the upcoming games is to control the emotions. It is very difficult and necessary to keep calm and be positive,” added the manager.

Unlike the previous game against Chennaiyin FC, where FC Goa had to wait for the last minute to find an equalizer, the ‘Gaurs’ produced a much-improved display this time. But, Juan Ferrando is worried regarding the lack of preparation time they are getting between each game.

“In this case, our set-pieces were better than the last game. Odisha’s opportunities (happened) were because it was in transition. The team is working. I’m upset because we don’t have a lot of time to work on training sessions,” complained Juan Ferrando.