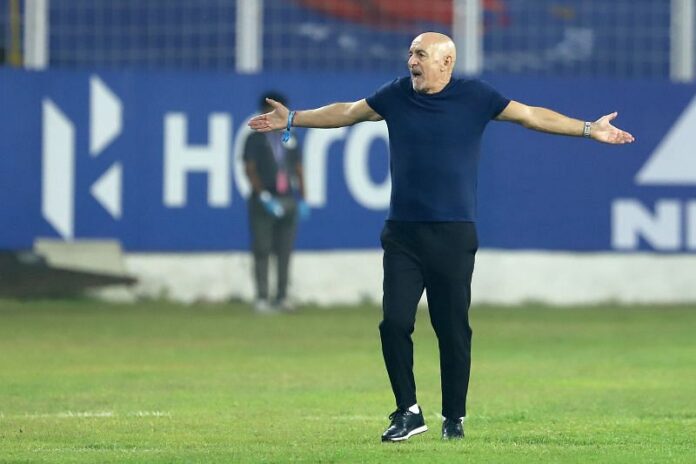 ATK-Mohun Bagan head coach Antonio Lopez Habas feels that the upcoming Kolkata Derby is a dangerous game for them. The last meeting between the two Kolkata giants ended in favour of ATK-Mohun Bagan, with Roy Krishna and Manvir Singh netting one each in the second half of the game

ATK-Mohun Bagan – placed at the pole position in the league table is in the best position to win the League Winners Shield. But, they are up against arch-rivals SC East Bengal in the high-voltage ‘Kolkata Derby’ this Friday evening, at the Fatorda Stadium. As per ATK-Mohun Bagan head coach Antonio Lopez Habas, the Derby is a different game, where the attitude is at the highest level. The Spaniard feels that the game is going to be a dangerous one for the ‘Mariners.’

“The derby is a different game. The attitude is at the highest level and it is different from other matches because you have to solve a situation in a different manner. It is a dangerous match for us,” said Antonio Lopez Habas, ahead of Friday’s game.

The Mariners’ blanked the ‘red and gold’ brigade in their previous meeting by a 2-0 margin back in November. But, according to the manager, the situation in quite different now, but their aim to register full points remains constant.

“I think Roy (Krishna) is a fantastic footballer but it is very important for us to not depend only on him because for Roy to give a good performance, ten players behind him need to give a good effort. I am very happy with the performance of Roy and I want him to continue with his good form,” added the manager.