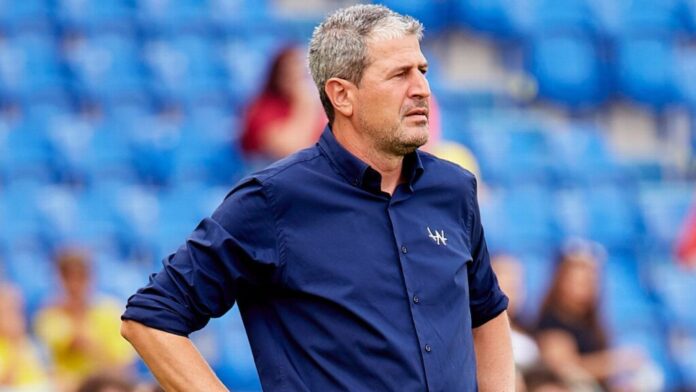 Hyderabad FC have extended the contract of their head coach Manolo Marquez by two years, which will keep the Spaniard at the club till the end of the 2022-23 season of the Indian Super League. The ‘Nizamms’ have been one of the better sides in this season, with them at the fourth position right now.

Hyderabad FC Head Coach Manuel ‘Manolo’ Marquez has signed a two-year extension, the club announced on Wednesday. The 52-year-old Spaniard who joined Hyderabad in August 2020, has signed a deal that will keep him at the Indian Super League side till the end of the 2022-23 season.

“I am very happy to extend my contract with Hyderabad FC because I think that it is a very good project. The atmosphere here is great. The continuity at the club, with players as well as the staff is really good. When things are working well, you should not change much, so I am very pleased to sign the new contract,” said Manolo Marquez after completing formalities.

“Sometimes the second year is more difficult than the first. This season, we are a surprise to the league but next season, I am sure will not be the same. There will be more pressure, but if we work hard, and strive to improve like we did in this season, we can surely have a good season, next year as well,” he added

Hyderabad FC co-owner Varun Tripuraneni said, “We are extremely delighted that Manolo has signed a two-year extension with us. He took over a massive challenge at HFC and he has not only brought us and the delight of the fans with results on the pitch, but he has also brought in an attractive style of play.”

“Manolo has done a tremendous job in showcasing the potential that this talented young squad has. He has managed to bring out the best in a lot of young players by instilling confidence, and it’s important that we keep up with the good work. Continuity is important to build on and achieve sustainable success, and as a club, we believe he is the right person to help us accomplish our goals in the next few seasons,” he further added.

Since Manolo took over the reins at Hyderabad FC, the club has taken massive strides in the ISL, from notching up their first-ever clean sheet, to keeping six so far, claiming back-to-back wins and are currently on their longest ever unbeaten run. While three young and promising players have made their ISL debuts under Manolo, a bunch of other talented youngsters have gone on to play vital roles for the club, becoming central to HFC’s style of play, while contributing massively in terms of goals, assists, clean sheets and overall performances.

Speaking about the players and the fans, Manolo said, “I am happy with the attitude in training and I believe that if the players are ready to improve in every session, all the things will fall in place. I am happy to continue my work with this club but more importantly, I cannot wait to play in front of our home fans, back in Hyderabad. Hopefully, that day is not too far away.”

Hyderabad FC take on SC East Bengal in their Round-17 clash at the Tilak Maidan in Vasco on Friday.