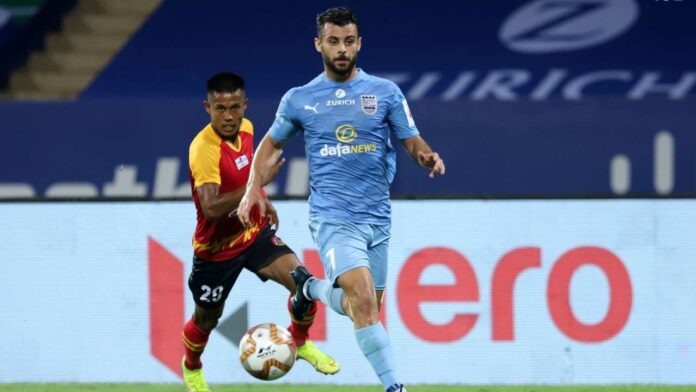 A show-cause notice has been issued against Mumbai City FC star Hugo Boumous by the AIFF Disciplinary Committee for abusing the match officials during their ISL match on February 8. The footballer is set to miss their next two matches against Bengaluru FC and Jamshedpur FC, next week.

It was during a high-voltage 3-3 draw against FC Goa last week that Mumbai City FC star Hugo Boumous was shown a fourth yellow card in the fifth minute of the injury time for ‘delaying the start of play’ and was shown a direct red card in the following minute after he abused the match officials regarding the same. It’s only after the AIFF Disciplinary Committee delved deeper into the matter that the governing body has issued a show-cause notice to the footballer. Boumous has been given time till 9 am on Friday to give a reply.

“In the game…Boumous received his 4th yellow card of the season in the fifth minute of injury time for ‘delaying the restart of play’. He was then shown a direct red card a minute later for ‘using offensive and abusive languages towards the appointed match officials’,” read an official statement from the ISL.

Fortunately, Mumbai City FC are through to the play-offs and have four matches before the semi-finals, as Boumous will miss at least the upcoming matches against Bengaluru FC and Jamshedpur FC, both scheduled for next week.

“Boumous will automatically serve a two-match suspension for accumulating four yellow cards and a direct expulsion, according to league regulations. He will at least remain ineligible for selection in Mumbai City’s matches against Bengaluru FC and Jamshedpur FC next,” added the statement.