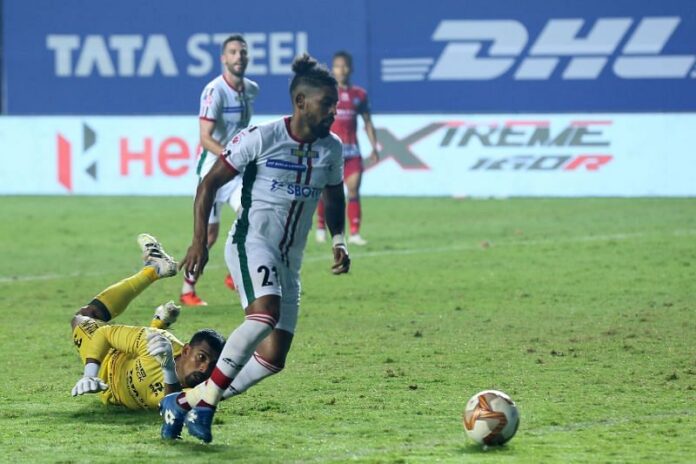 Hyderabad FC head coach Manuel Marquez admitted that ATK-Mohun Bagan’s Roy Krishna is the best forward line in the league so far and has the capabilities to score in multiple ways. While, the Mariners need only three points to claim the League Winners Shield and qualify for the AFC Champions League.

In a season where not much was expected from them, Hyderabad FC have emerged as the surprise package in the Hero Indian Super League. Placed third, they are looking to secure qualification for the playoffs for the first time. They have not suffered a defeat since the start of the year and are unbeaten in 10 games. And if they avoid a loss in the next game, the Nizams will not only edge closer to the top four but also secure the second-best unbeaten run in ISL history – in just their second season.

These will be among the many motivating factors for them as they take on leaders ATK Mohun Bagan in a decisive clash at the Tilak Maidan Stadium, here on Monday.

While HFC have been in scintillating form, their opponents are also enjoying a purple patch, winning five matches on the trot that has seen the Mariners dethrone Mumbai City FC to claim the top spot. They have scored 13 goals in their last five games while conceding five times.

Despite securing playoff qualification, Bagan will also be desperate to win as much as Hyderabad. A victory will confirm them the League Winners Shield and an AFC Champions League spot, making this a tie to savour. Hyderabad coach Manuel Marquez said facing the Mariners at this stage will be an exciting challenge for his team.

“We play against the strongest team in the league,” he said.

“ATKMB are in the best form in the league. They have a very compact team and have very good players for the style Antonio Habas wants to play in this moment. With Lenny (Rodrigues) and Marcelinho, the team is more decisive.”

HFC not only face the strongest defence in the league but will also have a big task in hand to stop Bagan’s talisman and the league’s leading goalscorer in Roy Krishna. The Fijian has 18 goal contributions in total and has scored in six games running.

“For me, he is the best forward in the league, ” Marquez said. “He can score in multiple ways, he is not tall but is clever. He is fast and knows in which moment he has to run. He is a complete centre-forward.”

“Hyderabad have had a good season and we have to be confident against them. They have a good balance between their attack and defense,” he said. “They have surprised everyone in the competition this season.”