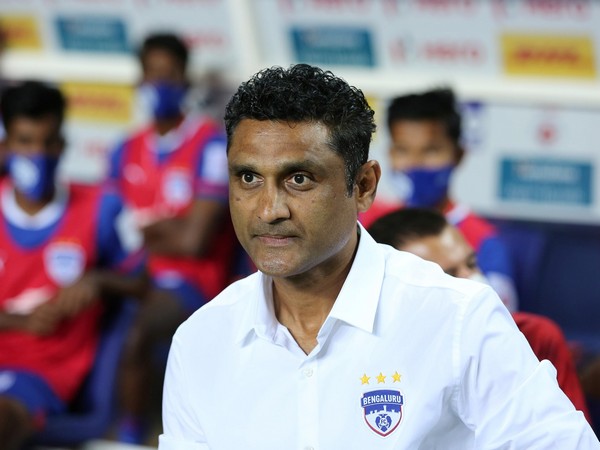 Bengaluru FC interim coach Naushad Moosa feels that they could have done much better in their 1-2 loss against FC Goa last Sunday evening. With them eliminated from the championship race, the Blues are slated to play their last game of the season against Jamshedpur FC this Thursday.

Bengaluru FC’s slimmest hope of making it to the play-offs faded away following their 1-2 loss against FC Goa last Sunday evening, at the Fatorda Stadium. Having conceded two goals by the 23rd minute of the game, the Blues pulled one back in the 10 minutes later from a Suresh Wangjam strike but they failed to convert another one. Bengaluru FC interim coach Naushad Moosa admitted that he’s not happy with the result and feels that they could have done much better.

“If you see the first half if you give away such easy goals, it becomes difficult. After that, we had some opportunities. Sunil (Chhetri) had [some chances] and Cleiton (Silva) hit the bar. [I am] not happy with the result. We could have done much better,” said Naushad Moosa, after the loss.

The coach revealed that his players were not under pressure due to the play-offs qualification with that coming after a thumping 4-2 win over Mumbai City FC in the game. But, as per Moosa, FC Goa tactically outplayed them.

“Frankly speaking, we were really not under pressure. We just wanted to play because our chances were very slim, the way the other teams are [placed]. But yes, we always wanted to try and get those three points. The way Goa played today, they were totally different. They were more compact. They were dropping back and didn’t give us any room. So tactically, yes, they outplayed us,” added the manager.