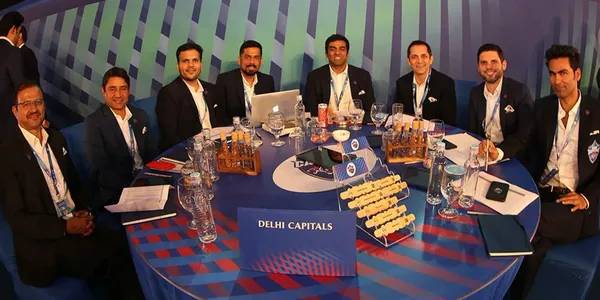 England’s head coach Chris Silverwood has admitted that it was tough for him to say no to the English players regarding their participation in the tournament, stating that it is a marquee event. He also insisted that the national team would benefit from the players participating in such T20 leagues.

Since the Kevin Pietersen days, where they were only a handful of English players in the Indian Premier League, the Three Lions have drastically changed their stance, allowing more and more players to participate in the marquee tournament. A host of English players have signed up for the upcoming edition of the tournament, with Moeen Ali heading the list of players.

While it was reported that the English players would be missing a Test against New Zealand, in order to participate in the knockout stage of the tournament, there has been criticism from all corners. England’s head coach Chris Silverwood has admitted that it was tough for him to say no to the English players, adding that the Indian Premier League is a marquee T20 event.

“It is very difficult to say to the players that no you can’t play IPL. You can’t say no if you just see the numbers. IPL is a marquee cricket event in T20 world and so it’s very difficult,” Silverwood said during a media conference, reported HT.

He also added that it won’t be an issue for the Three Lions, insisting that they would be anyway playing high-level of T20 cricket, which would benefit the national team. Silverwood also said that the final decision of participation lies with the players, with Mark Wood pulling out of the IPL auction at the eleventh hour.

“I don’t think it’s an issue because players are playing fantastic high level of T20 cricket which can only benefit us really. Moving forward it benefits the player. Obviously, players make their own minds up about competitions (BBL, CPL, IPL) they go in but we benefit from their playing,” he added.

However, while he praised the tournament and the players for showing interest in participating, he insisted that the primary goal for him would be to prioritize Test cricket.

“I am totally at peace with it. Just to reiterate Test cricket remains the priority at least to me. No, I want them to do well, supportive of the decision they make really. If they are picked, it will be brilliant and I can only wish that they do well, get knowledge of conditions and improve as players,” he said.