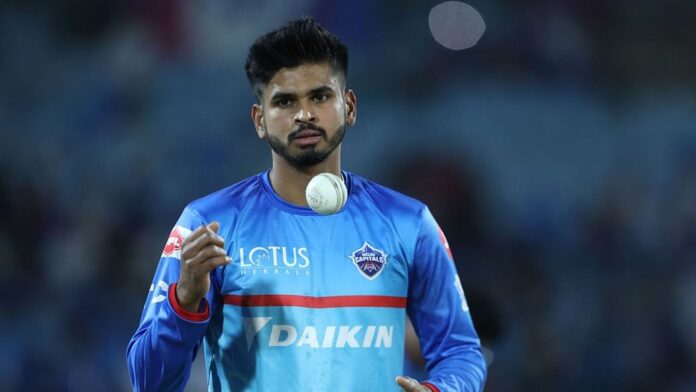 Delhi Capitals skipper Shreyas Iyer has stated that playing for the Delhi Capitals franchise will be a great experience for the youngsters joining in the ranks. He also added that given how others teams stack up after the auction, it would be challenging but he’s excited for the upcoming edition.

Delhi Capitals have taken their game to next level in the last couple of years in the IPL as they made it to playoffs in the 2019 edition and went on to play the finale last year. They are the next dynasts with a young side at their disposal. They further added an experienced Steven Smith to their side, and English all-rounder Tom Curran alongside domestic youngsters like Lukman Meriwala, Ripal Patel, Vishnu Vinod and Manimaran Siddharth in the auction held in Chennai.

Delhi Capitals skipper Shreyas Iyer stated that the team tried to retain the core and then added new players to improve the make up of the side. He also lauded the Baroda pacer Lukman Meriwala, who was purchased by the franchise and has bowled extremely well in the last two seasons of the SMAT.

“We had maintained our core unit from the last season and the new players that have come in bring a lot of experience to the squad. Along with international players such as Steve Smith and Tom Curran coming in, we have a few domestic players who have joined the squad as well. Lukman Meriwala has done tremendously well in the Syed Mushtaq Ali Trophy. It’s going to be a great experience for the other youngsters, who have come in,” Iyer said in a statement issued by the franchise, reported TOI.

However, not only DC, other teams too added strength to their respective sides by filling in the gaping holes and Iyer feels that it will only make the upcoming season more exciting and challenging at the same time.

“It’s going to be challenging because if you look at the other teams, they have also framed their teams in a pretty unique way and obviously the core and strength have been pretty much similar for all the teams. The IPL can surprise you at any point in time and I feel this season is going to be more exciting.”

The young DC skipper also talked about the need to simplify things and just keep following the same process that has brought them success in the last two seasons.

“We need to keep things simple and focus on our processes, which we have been following in the last two seasons. We need to stick to the same routine and not complicate things. We need to see to it that we stick to the basics and get the best out of ourselves,” said Iyer.