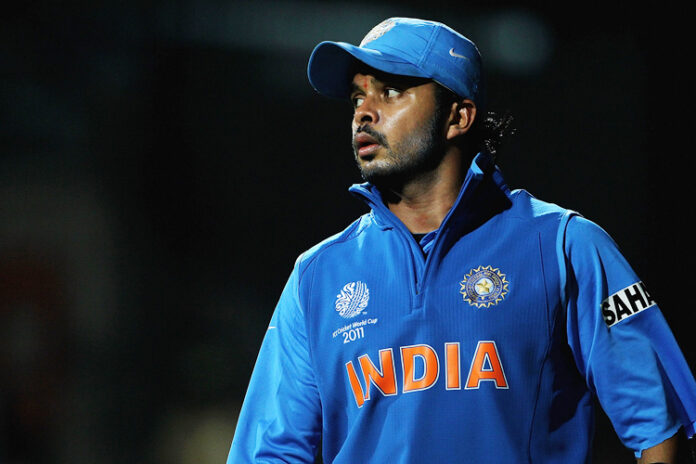 The final list of all players set to go under the hammer in the auction for IPL 2021 was released on Thursday, and while a total of 292 cricketers were shortlisted, Kerala’s S Sreesanth failed to make the cut. Arjun Tendulkar, the son of Sachin, also made the cut, as did 42-year-old Nayan Doshi.

S Sreesanth’s seven-year wait to partake once again in the Indian Premier League (IPL) is set to extend further as the 38-year-old seamer failed to make the final cut of shortlisted players that was revealed yesterday. Coming back from a seven-year ban for his alleged involvement in the 2013 IPL fixing scandal, Sreesanth represented Kerala in the 2020/21 Syed Mushtaq Ali Trophy and picked 4 wickets in 5 games, but his showing wasn’t enough to attract franchises, who chose not to shortlist him.

But while Sreesanth will not feature in IPL 2021, there exists an outside chance of the son of Sachin Tendulkar, Arjun Tendulkar, being picked by a franchise. Arjun had enrolled his name in the auction and set his base price as 20 lakh, and, interestingly, the 21-year-old ended up making the final cut. The left-arm seamer played for Mumbai in the 2020/21 SMAT season, where he picked 2 wickets in 2 games.

Arjun, however, was not the most unusual shortlist as it came in the form of 42-year-old Nayan Doshi. Nayan Doshi, the son of former Indian cricketer Dilip Doshi and an English citizen, has not played a professional game of cricket in over 8 years, yet the left-arm spinner somehow found his name making the final cut. Doshi, like several uncapped players, listed himself at a base price of 20 lakh.