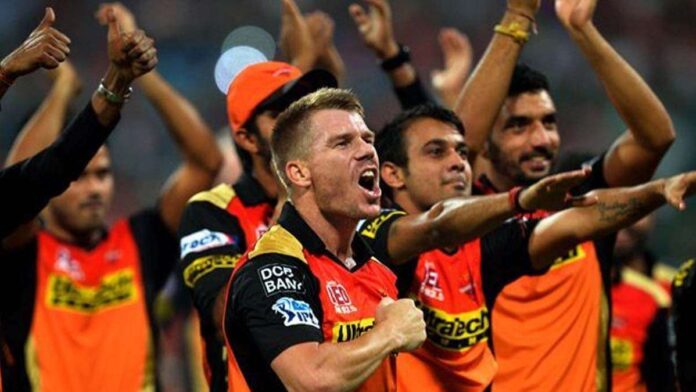 Certainties in life – Death, Taxes and Sunrisers Hyderabad reaching the playoffs of the Indian Premier League. None of us possibly could have imagined saying this six years ago, but it is what it is.

Speaking to us six months ago, former Sunrisers Hyderabad assistant coach Simon Helmot explained why the trust the SRH management show in their players is a key reason behind the side’s sustained success. He certainly wasn’t contorting facts. Ahead of the IPL 2021 auction, the franchise retained an astonishing 22 players, the most by any team in the competition. Thereby, SRH will enter the auction as the most settled team in the tournament, so much so that even a Chelsea-like transfer ban will make little difference to them, heading into the new season.

The rise of Natarajan, Samad, Garg, and Abhishek coupled with the re-birth of both Sandeep Sharma and Wriddhiman Saha have not only filled holes in the side but also made it more balanced, and the addition of Jason Holder and the returning Mitchell Marsh is bound to make it stronger. Yet there’s one area where SRH could do better in and that’s the pace department. Sandeep and Natarajan exceeded expectations last season and they were well-supported in the back end by Holder, but it goes without saying that, minus Bhuvi, they constantly are reliant on special individual performances from their pacers to support Rashid. Natarajan had a season to remember in IPL 2020, but to expect him to maintain those standards for a second season running would be naive; such prodigious form is unsustainable. With just 1 overseas slot and just 10.75 cr remaining, SRH would be targeting nothing but a good overseas pacer, particularly having released big Billy Stanlake.

After finally fully recovering from a shoulder injury that plagued him for almost 2 years, Jhye Richardson, on his comeback, set the BBL alight. With 29 wickets in 17 games, the 24-year-old finished as the highest wicket-taker of the tournament and played a huge part in dragging the Scorchers to the Final. Why Richardson will be the dream signing for SRH is because, apart from bringing raw pace, he will provide impetus with the new ball, something which, if he’s paired alongside Sandeep or Bhuvi, could make the side a force to be reckoned with. Richardson struck 8 times in BBL 10 in overs 1 to 4, with an ER of 6.87, but it’s not just about the numbers. He can swing the ball at pace – something no other SRH bowler can do – rattle the stumps, test both the inside and outside edges of the batsmen and bowl the pressure overs at the back end, something only elite pacers – be it Archer, Rabada, Nortje, Bumrah or Boult – were able to do last season. He is also a more-than-handy batsman who can tonk the ball a long way – he played many a valuable cameo for the Scorchers batting at No.7 – and thus would add teeth to not just the bowling, but also lower-order batting.

SRH ideally would love to sign Jhye Richardson, but let’s be honest: they only have 10.75 cr left in their kitty, and Richardson is bound to elicit a bidding war, given he’s the hottest T20 property in world cricket currently. Thus, although he has a base price of 1.50 crore, signing him will be a long-shot. But there are alternatives they can explore; that too x-factor alternatives. Two names the Orange Army can realistically go after are Riley Meredith and Mark Wood. Both Meredith and Wood do not have the most enviable of T20 records, but they are the kind of bowlers for whom numbers don’t do justice. Two of the quickest bowlers in the world currently, Meredith and Wood will bring to the fore a package – raw pace; suitable for all conditions; enforcers – possessed by no other SRH seamer and will in many ways add a new dimension to a pace attack that currently has its limitations. Both tearaways can blow opponents off the park on their day and possess a fear-factor that currently is non-existent in SRH’s pace battery. The downside to purchasing Meredith or Wood is that both are made of glass and always will carry with them the danger of breaking down mid-season or even mid-game.

Fidel Edwards might look like a name last heard of in the mid 2000s, but, by his own admission, the 39-year-old is bowling well as he ever has. And it is true; he is not trying to deceive the world. Recently, representing the Delhi Bulls, the Bajan speedster spit fire in the Abu Dhabi T10 league and he also enjoyed a pretty successful CPL 2020 season, picking 9 wickets at an ER of 7.67.  Not long ago, a video of Edwards’ fiery moments in the T10 league went viral on social media and it almost served as an endorsement for his IPL selection: he was fast, accurate and he sent shivers down the spines of batsmen through his yorkers and bouncers. Having picked 32 wickets in T20s since the start of 2017 at a fine ER of 8.00, Edwards has a solid record to fall back on, and punting on the veteran might not be the worst option for SRH. After all, if 40-something-year-old spinners Hogg and Tambe can dominate the IPL, there is no reason why a 39-year-old Fidel Edwards, who is in the best shape of his life, cannot do the same.

How Tim Southee went unsold last season is still mind-numbing, but the New Zealand talisman is a match made in heaven for SRH. For years, SRH have had no experienced pacer barring Bhuvneshwar Kumar to fall back on, and while the inexperienced Indian seamers have done an exceptional job in creating a niche for the side as a hub for seam bowlers, the addition of Southee, regardless of whether it is short or long term, would be a massive shot in the arm. Southee is, of course, notorious for his forgettable stint with RCB, but that does not take away the fact that he’s been a top tier T20I pacer in the last three years. Since 2018, the New Zealand vice-captain has picked 36 T20I wickets at an ER of 8.00 – again, bowling all the crunch overs – and his skill and experience coupled with his ability to bowl both up-front and at the death – much like Bhuvi – would prove invaluable to the side. At 32, teams are not ought to bid vehemently for Southee, so lying in front of SRH is a potential steal that could elevate their pace-bowling stocks, and in turn the whole side, by quite a few levels.