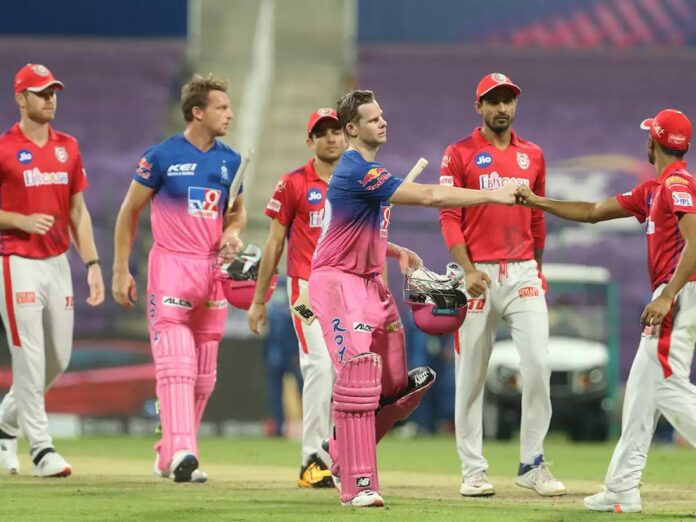 Rajasthan Royals had got off to a dream start in the 2020 IPL, giving many hopes that they will finally turn around their fortunes and may even do something special. But, they only flattered to deceive yet again as one poor show after another ensured that they didn’t even reach the playoffs.

The last couple of seasons have been nothing short of disastrous for the Rajasthan-based franchise with them finishing at seventh and eighth position respectively. After a glittering start coupled with one of the worst ever seasons for CSK, it needed something special for RR to make it to the last. But they might disappoint their fans in putting up good shows but never in lacklustre performances.

In players’ release and retention this year, they decided to let go of their skipper Steven Smith which is a start in the right direction and appointed Sanju Samson as the new captain. They also let go of quite a few other players and have the second-largest purse remaining at 37.85 Crores INR (after trades). And with that sort of money, they will need to fix many of their glaring holes if they don’t have to sink like every other year.

One of the biggest drawbacks with the RR side is that most of their key players are ideally suited to play in the top-order. It’s like they can have a top seven full of openers. They lacked good finishers, which is obvious when the likes of Jos Buttler and Ben Stokes start opening. And when it comes to bowling, Rajasthan are even poorer as they don’t have any quality pacer barring Jofra Archer, who put up a one-man show last year. They also need to make reinforcements in their spin department as firstly they lack the variety of an off-spinner/slow-left arm orthodox with Rahul Tewtaia, Shreyas Gopal and Mayank Markande, all being leggies. Secondly, the spinners didn’t perform as well as they would have liked.

Chris Morris is going to be one of the most sought after players in the upcoming IPL auction. A player like him is invaluable for any side given he can bowl in different phases and also don the role of a finisher. It was surprising to see RCB release their gun players, who had an exceptional IPL 2020. He can address Rajasthan Royals’ fast bowling woes and can partner with Jofra Archer on the bowling front besides playing a crucial role as the finisher of the side alongside the likes of Riyan Parag and Rahul Tewatia. But, only if they can get him as there will be few franchisees lining up for him.

Another ex RCB player Shivam Dube is an explosive middle-order option and can hit the ball a long way. He was impressive in whatever chances he got for RCB, last year. If RR can get him in their side, which will again be difficult as an explosive Indian middle-order batsman who can also bowl, is going to be one of the most sought after names, it will be a great buy. Moreover, he is an Indian option and a team with three foreign players of the quality of Ben Stokes, Jos Buttler and Jofra Archer, who walk into the XI, he can be a big asset in enhancing the balance of the side and filling in the finishers gap.

Kartik Tyagi promised a lot last season but the fact remains he’s still a work in progress and far from a finished product. Similarly, Jaydev Unadkat is hardly reliable. And RR, as much as they would want to go for overseas pacers, will need to get a good Indian pacer and among the ones available in the market, picking experienced Umesh Yadav can be a good bet. Not only, he is an Indian pacer and can help in the balance of the side but in the shortest format, he can be effective with the new ball and partner well with Jofra Archer to give early jolts to the opposition, or could even hand the franchise an option to just bowl Jofra Archer post the powerplay.

Isuru Udana is another player that RR can target. Not only would he cost less than a lot of other pacers and should be easier to get but he also provides two great virtues. Firstly, he can give the variation of a left-arm pacer in the side and secondly, he is known for his death-over exploits. Last season, Rajasthan’s death economy of 11.96 was the worst among all the teams and even Archer wasn’t as effective in the fag end as the first few overs. In this aspect, the Sri Lankan pacer can prove to be a viable option. Also, unlike RCB, RR can try to use him mostly in non-powerplay overs and get the best out of him.

English all-rounder Moeen Ali left the India Tests with a bang as he hammered the spinners and smashed five sixes in an 18-ball-43 knock to give the perfect audition just hours before the IPL mini-auction. That’s what you get out of Moeen Ali. He is a very good player of spin and can use the long handle against them with quite an ease. And also he is someone who offers a lot of control with the ball in hand as he can play the hold-up role well as his T20 career economy of 7.68 indicates. Now, he is a great option for the Royals as not only can he fill in their gaping hole of a quality finisher but he also fulfils their need for an off-spinner.

Shahrukh Khan the cricketer turned into a familiar name in the Indian cricket fraternity as he literally struck the iron when it was hot. The Syed Mushtaq Ali trophy, just ahead of the IPL auctions, was supposed to be a great audition. And these SRK’s know a thing or two about sealing their fate in auditions. So, the Tamil Nadu batsman ended SMAT with the best strike-rate (220) in the tournament and showed ample evidence of his ability to bat explosively. Moreover, he has a good head on his shoulders and that’s one aspect that stood out. An Indian middle-order batsman who can bat aggressively is worth gold in the IPL. And with RR in dire need of better finishers, he can be a great option and the franchise have money in their pocket to break their bank on someone like him as he will be targeted in the auction

A quality finisher, great with the new ball, good at death, Chris Morris is a match made in heaven and fulfils multiple needs of Rajasthan Royals as a player. An all-rounder like Morris adds a great balance to any side with his diverse skills. Morris didn’t get to bat much for RCB last year but he took 11 wickets in nine games and had an exceptional economy of 6.63 despite being RCB’s main death bowler. RR should leave no stone unturned to have the Proteas match-winner on their side.