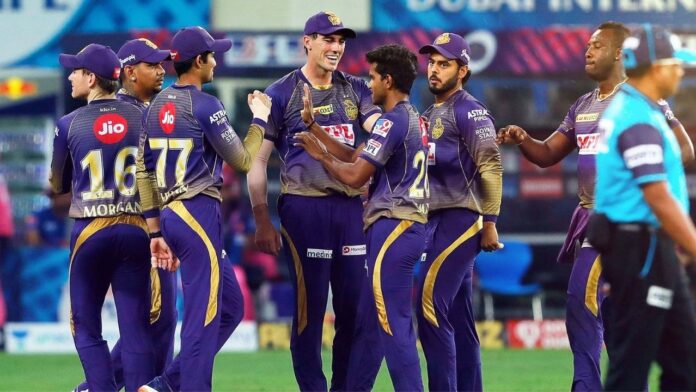 From one of the potential dynasts in the Indian Premier League to completely losing the plot in the last two seasons of the cash-rich league, it has been some downfall for the Kolkata-based franchise. However, the upcoming IPL auctions will be a good time for them to fill in the weaker areas.

Kolkata Knight Riders and their think-tank, have made certain decisions that haven’t quite made a lot of sense. If you look at the IPL 2020, despite being on the right side of the luck, they couldn’t qualify for the playoffs and it aptly sums up their horror story. Brendon McCullum and team management made some terrible decisions be it opening with Sunil Narine despite his frailties out in the open, or playing around with the batting positions like a musical chair. Dinesh Karthik also resigned in the middle of the season and the last edition of IPL was simply a comedy of errors.

KKR continued to make heads turn when they didn’t release big and expensive names like Sunil Narine and Pat Cummins even when they didn’t quite set the stage on fire in the last season and were too costly for what they bring to the plate. Now, with 10.85 crores left in their purse, they will need to fill in the gaping holes, if they have to compete well and reach the final four in the upcoming edition of the IPL.

KKR definitely lacked a quality opener alongside Shubman Gill and were forced to change the top two with Sunil Narine, Rahul Tripathi and Nitish Rana getting their chances. It was surprising that they let go of Tom Banton given he was an aggressive option and could play perfect partner to an accumulator Gill. But, now that he’s released, they will need to fill in the gap as Rana at most, at most, was a stop-gap replacement while Rahul Tripathi hasn’t been trusted enough and will be used as a floater if anything. Given the steep decline of Sunil Narine, and an under-confident Kuldeep Yadav, who hasn’t played enough games in the last couple of seasons, they will need to buy a spinner too. Most of the Indian pacers on the KKR side are raw but given the options available in the market, it will be better off if they continue with the youngsters. Though Tim Siefert is there as a back-up wicket-keeper but given their star-studded foreign line-up, it would be better off if they get an Indian back-up in case of injury to Dinesh Karthik.

Only two matches and Tom Banton was shown the exit door by the KKR. It has left a gaping hole at the top of the order given the side are struggling for a quality opener. Kolkata have an accumulator in the form of promising Shubman Gill. But he left a lot to be desired with his slow-batting last season. But even if an opener plays the anchor role it works as long as he has someone aggressive at the other end to complement his game.

And that is where someone like Matthew Wade can do wonders. With a strike-rate of 136.98 in T20s, the southpaw likes to take the game to the bowlers and dictate terms. He can make use of the power play overs effectively and also adds a lot of character with his aura and personality. In the last T20I series Australia played against India, he emerged as a batting star for the Men in Yellow with his explosive batting upfront. And he can form a perfect combination with Gill. Also, it provides the team with a left-right combination. If not Wade someone like Jason Roy can also fill in the gap. He is also an out and out attacking player as his T20I strike-rate of 144.01 indicates. Someone who can hit the ball long and hard, is an outright match-winner and he can be a great opening option for KKR.

KKR have three spinners in their squad namely, Varun Chakravarthy, Kuldeep Yadav and Sunil Narine. It was surprising in the first place that they didn’t part ways with Kuldeep and Narine. The Windies mystery spinner has been on the downward spiral for some time now and is no longer a threat to the opposition. Kuldeep Yadav has not been able to even seal his place in the XI, leave alone, much impact. And that begs for the need of an additional spinner who can compliment their No.1 spinner, Varun Chakravarthy. And that is where Harbhajan Singh can come into the picture.

The veteran off-spinner is not likely to be on the radar of a lot of franchises with most of them already possessing good spinners in their ranks. And that means even with Kolkata’s lower purse, they can get someone like Bhajji at a cheap price. He has a lot of experience and can play a good role for the side, if not more, for one year, till franchises go into mega auctions.

Trinbago Knight Riders and KKR are owned by the same owners. So, it won’t be a surprise if the Eoin Morgan-led side secures the services of the hard-hitting Kiwi and TKR opener Colin Munro, which they have done for other players too. Also, unlike Roy or Wade, he is low-profile and likely to be targeted lesser than the two. He just had an exceptional BBL season as well where he ended up as the fifth leading run-scorer with 443 runs in 15 innings. He’s a more realistic buy and can provide breathtaking starts to KKR alongside Gill at a less costly price.

Taking 14 wickets in eight games with an economy rate of 6.26 in BBL 2020/21 and 16 wickets in 11 games at an economy of 5.29 in CPL 2020, Afghanistan spinner Mujeeb Ur Rahman has been criminally underutilized in the IPL. He played only two games last season and was released by KXIP later. But he can be an aggressive signing and boost KKR’s spin stocks greatly. It will be a gamble to pick him given the side already find it difficult to pick four overseas players in their XI but given the big names and lesser returns from their star spinners, it can well be a very good signing. Also last year, teams were playing out Pat Cummins and attacking the other bowlers with the new ball. Mujeeb is well known for his exploits in the powerplay and given his control and accuracy, can open up the game with Cummins as they can build pressure, which can culminate into wickets.

A thrilling century, the second-fastest in the history of Syed Mushtaq Ali Trophy, off 37 balls, and overall, 137 off 54 against a side like Mumbai at the Wankhede, and Kerala’s Mohammed Azharuddeen soon turned into a familiar name from the territory of being unknown. Pleasing drives, audacious pulls, sixes off the back foot, there was a lot to like about Azhar. He is an uncapped player and can open the batting and an option like that will always be alluring for a team like KKR that have a star-studded overseas contingent to provide the much-needed balance in the XI. He can also keep wickets, which comes as addition and can play as gloveman if DK gets injured or horribly out of form like last season.

Matthew Wade will be a great addition to the side as well. He’s a confident player who can make for a great pair with Shubman Gill and add a lot of value to the side as an opener. He’s a match-winner and likely to come at a lower price as he has a base price set at 1 crore while Jason Roy’s base price is higher at 2 crores. KKR have a purse of 10.85 crores and are more likely to get the missing link – an aggressive opener, at a comparatively lower price, if they go for the feisty batsman.