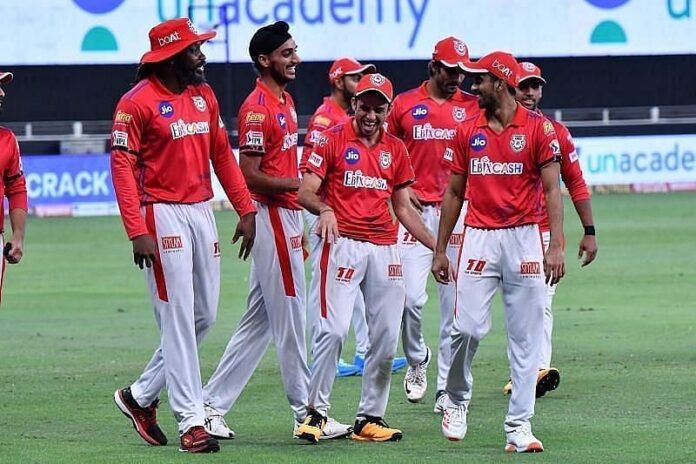 Rumor is that, ahead of the IPL 2021 auction, Punjab are all set for a name and logo change. That was the only thing they hadn’t attempted all this while, for 13 seasons, wasn’t it?

There are teams that try everything. But Punjab are well and truly a franchise that have TRIED EVERYTHING. From retaining their core to rendering every single player in the franchise dispensable to appointing ex-players as coaches to changing captains mid-season to splashing the cash in the auction to transforming their brand of cricket to changing the face of the franchise, they’ve tried everything. Yet 13 seasons on, here they are- one of two franchises to have never won the competition and perhaps the most irrelevant club in the competition. But hey, honestly, who cares? At least they entertain us thoroughly. Long may it continue.

Even by KXIP’s low standards, the value for money they gained from their purchases last season was an abomination. But thanks to some prudent buys they made in 2018 and 2019, the club, remarkably, find themselves as one of the best-placed sides heading into the auction. The need for Punjab is simple: having released Maxwell, they need an out-and-out power-hitter who can compliment the stacked top-order and, having let go of Cottrell, they need a world-class overseas seamer who can lead the attack. Anything else will be a bonus but given they have five overseas slots and a ludicrous 53.20 left in their kitty, expect Punjab to be going about buying players for fun.

Given this is Punjab, you’d be forgiven for thinking that we’re suggesting them to replace Preity Zinta with SRK but nah, we’re actually talking about the only Shahrukh Khan whose cameos are actually worth watching: the one who plays for Tamil Nadu. Punjab, as we all know, have a stacked top-order and able accumulators like Mandeep and Sarfaraz but something they’ve always lacked is an Indian finisher. Well, you could say Hooda, but he fires once in three years. Literally. Which is precisely why SRK would be a dream signing. The bulky 25-year-old can muscle the ball like few can in the entire country, and is, as things stand, simply the best finisher in the domestic circuit. In SMAT 2020/21 he got the job done for TN everytime he walked out to bat and did so at an SR of 220.00. SRK would be an invaluable addition per se, but that he’s Indian is a double-bonus as it would enable KXIP to potentially field 2 overseas seamers.

And one of those two foreign seamers, in a dream scenario, would ideally be Kyle Jamieson. You might think he’s a ‘Test bowler’ but really, Jamieson (1.42) has a far better wickets-per-inns ratio than Mohammad Shami (1.13) in T20s. His pace and bounce would add a completely new dimension to Punjab’s already-versatile attack, but, most importantly, his hitting ability down the order will complete the side which boasted of a sorrow-looking tail last season.

In the unusual scenario of them being outbid for one or both the aforementioned players, Punjab needn’t panic: they will still have a plethora of options at their disposal. And, realistically, two of them would be Jason Behrendorff and Daniel Christian. The reason why Punjab signed Cottrell last season was to bamboozle sides with swing early on but, unfortunately for them, it didn’t work out. In Behrendorff, however, the Kings have a much more refined and lethal version of Cottrell, who also has prior IPL experience. The left-armer made his comeback from injury in BBL 10 and had an outstanding season, picking 16 wickets in total, and in particular was a gun with the new-ball, picking 10 wickets in the first 4 overs at quite a remarkable ER of 6.62. Pairing him with Shami would be a nightmare for teams, and it would also allow them to use both Jordan and Arshdeep dynamically.

But talking of dynamism, it would be outrageous for a side like KXIP – in need of a finisher – to overlook Dan Christian. The 37-year-old has aged like a fine wine and in BBL 10 batted as well as he ever has. In a title-winning campaign for sixers, Christian struck 272 runs at a SR of 182.55 – the highest for any batsman who scored at least 250 runs – including a 15-ball 50 versus the Strikers. In terms of experience, he is Gayle-esque, and he also can bowl at the death, something he showcased in BBL 10 by bowling the Power Surge overs. What more can a team ask for?

CDG was our wildcard pick for KXIP last season too but they passed him on and purchased Maxwell. But now that the Maxwell experiment has backfired, there is every reason for Punjab to go and pursue the Big Man. One of the cleanest strikers of the cricket ball, CDG has everything you expect from a player of his mould: he scores quick runs, hits huge sixes, bowls handy overs and is an x-factor who can make a difference on his day. Having a CDG at 7 would enable Punjab to field 6 specialist batsmen and not worry about a potential collapse – something they were prone to, a lot, last season.

Lower-order hitters who can bowl spin are a rarity and there are less than a handful of cricketers in the world who are adept at doing both as Moeen Ali. Despite doing a fine job with bat and ball for RCB two seasons ago, Ali was mismanaged by the franchise and frozen out of the set-up last year, but the 33-year-old could very well be the final piece in Punjab’s puzzle. Given KXIP already have two leg-spinners, the off-spin of Moeen Ali would, in many ways, complete their bowling attack. More valuable, however, would be his batting. With an SR of 158.46, Ali is, at least statistically, one of the best finishers to have ever played in the IPL and his addition would only strengthen an already-indomitable Punjab batting.

The coup of Ali alone would be huge for the side, but in addition to it, if they could rope in his England teammate David Willey, Punjab will be right in the mix to be called the most balanced side in the competition. One of the most prolific short-format wicket-takers with the new ball in the last half a decade, Willey would not just provide an impetus for the side with the ball, he would also be a force of destruction down the order with the bat. Neither England nor any IPL side have thus far tapped into Willey’s potential, but lying in front of KXIP is a weapon which, if utilized effectively, could help them make big strides forward.