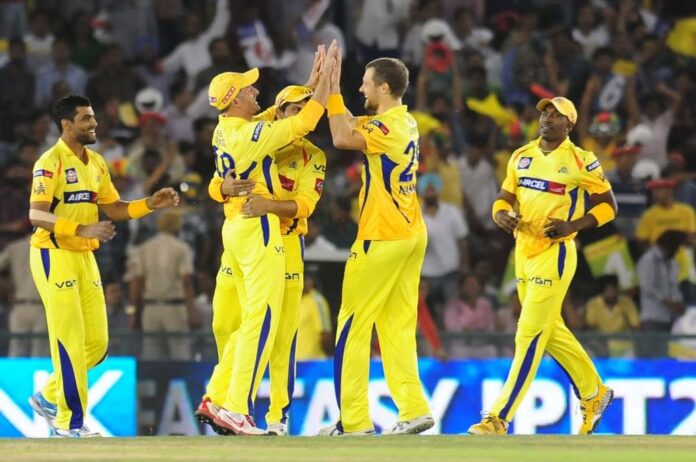 The dynasty has fallen and how! The invincible Super Kings went to the verge of demolition in the 2020 edition, a prized snapshot for millions of fans who despise CSK and its ridiculous dominance in the league. Can they roar back and quieten the detractors? The auction will lay the foundation.

One thing that you always associate Chennai Super Kings with is MS Dhoni and his unfrazzled charisma to sail his team through troubled waters. He had done that time and again and when the franchise found themselves in a never-seen-before situation, with the absence of their talisman Suresh Raina, everyone’s hopes were pinned on him.

However, T20 cricket is seldom won on reputation. The systematic imbalance in the side was way too radiant as Dhoni found himself in a cocoon of his outdated formula. CSK lost and lost and lost and it needed a Ruturaj Gaikwad special towards the fag end of the tournament to slide the wooden spoon tag.

Does 2021 promise better? From the retention/release date, it seems like CSK will approach the auction with a bit of pragmatism and conservatism – a hallmark of the side – yet the fact that a lot of dreck is out of the place, we might see an interesting auction from the Men draped in Yellow.

Shane Watson is gone, but Robin Uthappa has joined the cathedral. CSK are still sorted in terms of spinners but every single one of them turns the ball away from the right-hander. Given CSK have released Harbhajan Singh from the roster, the hammer is set to be tight in search of an offie. Further, can the side carry on without a power-hitter, especially because that was one area where they struggled big-time last year? Kedar Jadhav’s release allows the side to look for that one option who can be effective down the order or perhaps be a replacement for an injury-prone Dwayne Bravo.

Even though CSK got them covered with the trade deal of Robin Uthappa, there is no harm in going for an overseas opener who gives an attacking edge to the side. Especially with the absence of Shane Watson, it will be great if they can swoop in Alex Hales for their remaining one overseas spot. Hales not only provides a brilliant power-hitting option at the top, something MS Dhoni admitted was their Achilles Heel last year, but also allows the middle-order to retain their originality. Plus, the search for a power-hitter is never more prudent. CSK hoped Kedar Jadhav to do the job last year but he was strangely reticent in his approach and that might push the three-time champions to go for someone like Shivam Dube, a solid all-round option and doesn’t even take a crucial overseas spot. If the franchise can manage to buy any of the two, it will definitely be a dream addition.

Shahrukh Khan, Naam to Suna hi Hoga! An absolute beast for Tamil Nadu in the last couple of years, Shahrukh Khan has really grown in stature as a finisher and that was in show in the recently-concluded Syed Mushtaq Ali Trophy. Batted only four times, but remained not out in three of them, and none of it with an SR less than 180. It says something about his astonishing ability – something the Men in Yellow could be benefitted from. If they wish for a like-for-like replacement to Bravo, whose propensity to injuries made him a volatile figure in the CSK side, then Chris Morris is also not a bad option either. Morris was decent for RCB last year and after the side released him into the market, you could really trust CSK going for the man who had played for them in the past.

After the kind of BBL Liam Livingstone, one of the most complete T20 cricketers currently, had, one would be hard-pressed to imagine him without a gig this year. He chose to stay away from the auction last time to focus his energy on the County Cricket for a possible English Test return which didn’t materialize but guess what, he can actually set the IPL stage on fire. Possibly, Stephen Fleming has already made a note of his BBL returns as well as his mixture of off-break and leg-break even though people least expect him to join CSK. Steve Smith is another option that the Chennai-based franchise might look forward to, as the Australian’s dynamic approach might be sustainable. What works further is that MS Dhoni understands Steve Smith really well thanks to his stint with Rising Pune Supergiant(s) and the duo shared a fantastic partnership as far as leadership is concerned, with Dhoni sharing his tips with Smith in every possible opportunity. Won’t be a bad option either, looking at the existing top-order.

Sam Curran was great for CSK last year – so why don’t CSK add another Curran to the jungle? Well, jokes aside, Tom Curran brings in a complete all-round package just like his younger brother and can be suitable to their needs in dire situations. Curran might have conceded way too many runs for Rajasthan Royals last year but the fact that bowlers tend to do well under MS Dhoni’s guidance can be a propelling factor. And one shouldn’t forget the kind of impact he had on death in the T20 cricket over the years. On the other hand, remember Krishnappa Gowtham – one of the hardest hitters of the cricket ball in the country and more than a handy off-spinner. It is a mystery why the Royals decided to release him to the pool when he didn’t cost much, thus stay his addition to the CSK group can be an effective exercise.