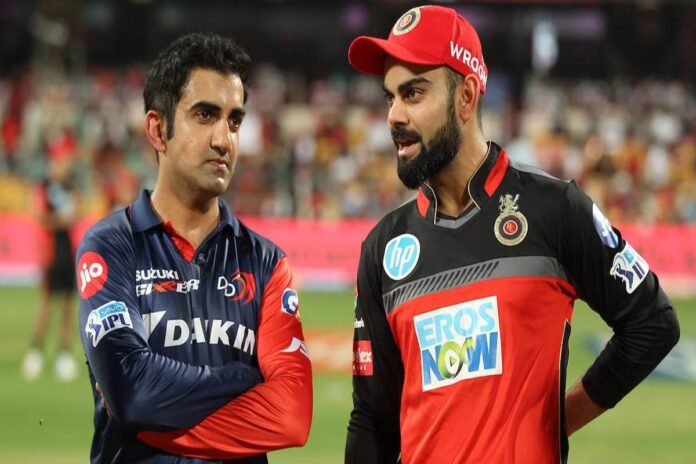 Gautam Gambhir has reaffirmed that he has no question marks over Virat Kohli’s captaincy in red-ball format, stating that India have done well under his captaincy in Tests. He also added the Indian skipper would know the value of the series and would be determined to score against England.

After Ajinkya Rahane led India to a historic Test series win in Australia, the ball has dropped in his favour, with the critics pointing out how Rahane would be better-off to lead the side even with the presence of Virat Kohli. India, after losing the first Test in Adelaide, came back to win the Tests in both Melbourne and Brisbane to eke out the series 2-1.

Further, the Mumbaikar has categorically denied all the rumours, stating that he is more than happy to be the vice-captain of the country. Stating on the same lines, former Indian opener Gautam Gambhir has affirmed that India have done remarkably well in red-ball cricket under the Delhiite’s leadership. Yet at the same time, Gambhir still expressed that his question mark over Kohli’s captaincy remains in T20 cricket.

“India was never dependent on one or two people and Virat Kohli has said that time and time again. Yes, Virat Kohli is the leader and I am sure he is going to be as happy as the rest of the squad as well. He has done really well in Test cricket,” Gambhir added.

Test cricket returning to India also marks the return of Virat Kohli, who returns to the Indian setup after missing out on the last three Tests on paternity leave. Gambhir also insisted that Kohli, with the World Test Championship final on the line, would bring out his ‘A’ game against England.

“As any cricketer would say, it is not about hundreds. It is about the runs you can score to make your team win. For Virat Kohli it really does not matter that he has not batted in Australia, obviously, he would have loved to but the most important thing is that he is going to look forward to the England series and he knows how important the series is to qualify for the World Test Championship final,” he signed off.