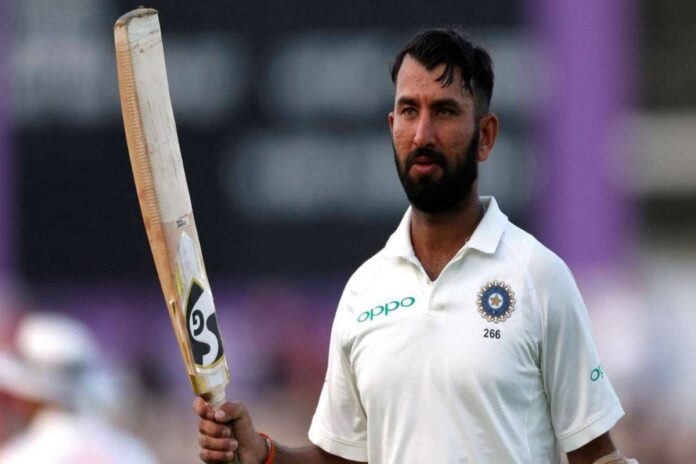 Cheteshwar Pujara, following the third day’s play, has rued that the Indian batting unit could have batted better on the day and should have eliminated the soft dismissals. However, Pujara insisted that his dismissal was unfortunate and added that he couldn’t have done anything about that.

At 257/6, India would look back at their first innings effort, which has put them under undue pressure chasing England’s mammoth first innings total of 578. However, there were a lot of soft dismissals on the way, including a freakish dismissal which saw the back of Cheteshwar Pujara. Since then, the duo of Washington Sundar and Ravichandran Ashwin have stayed put at the crease to see the day out.

“There is a bit of spin now, I don’t think it is that bad. First two days it was really really flat, our bowlers did their best. It was a pitch that had no assistance for the spinners in the first two days. Anyways, we have to accept reality and move on. Batting wise, we could have batted better, there were some soft dismissals that could be eliminated, the way I got out and Rahane got out. But with Ashwin and Washington playing, hope they put on a partnership and put us in a good position tomorrow,” said Pujara in the virtual press conference.

“We will try taking one session at a time, the first session tomorrow would be crucial. We would like to bat as long as possible. It’s still a good pitch to bat on and we have our tail-enders to bat, so there’s a lot to play for and we want to get close to their score.”

Pujara also opened up on India’s approach, with the Indian batsmen getting their runs at a far higher pace than the English counterparts. He also opined that Ajinkya Rahane’s shot would have found the gap nine out of ten times and raced off to the boundary. However, on the day, it went straight into the hands of Joe Root, who put on a show in the field.

“No it wasn’t part of a game plan (to score quickly), we just wanted to bat normally. The conditions are different, in India, the scoring rate is always on the higher side and there were loose deliveries. Rishabh bats that way, he wants to bat his natural way, that’s fair and that is how he should play. The ball was there for Rahane to hit but unfortunately for him, it went to covers. Nine out of ten times, he would have scored a boundary. I didn’t want to do anything extra, I was getting runs, we weren’t thinking of getting close to their total. We just wanted to put the bad balls away.”

On his dismissal, the Saurashtra batsman sighed that it was a dismissal that he couldn’t do anything about, as the ball had hit the close-in fielder Ollie Pope before finding Rory Burns.

“My dismissal is something I can’t do anything about as a batsman. That’s the only way I could have gotten out. Everything was going perfect and I was a bit disappointed about it. It was a bad ball and I can’t really help that it went to the fielder.”