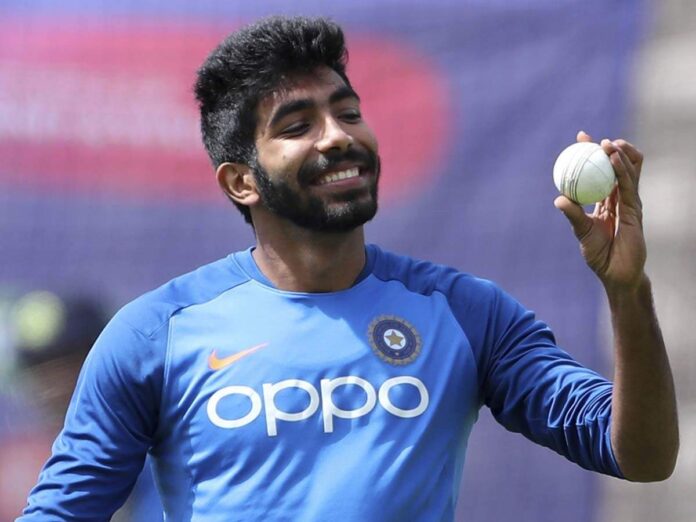 After what was a long day in the field, Jasprit Bumrah has accepted that the home side conceded a lot of runs in the last session but stressed that they bowled well in patches. Bumrah also suggested that India couldn’t do a lot on the surface, which was flat with the saliva ban in play.

It was a tough day for the hosts against a visiting England side, who had just completed a 2-0 series whitewash over Sri Lanka. With the curator suggesting that the pitch would sport an English look, all eyes were on the two Indian pacers, Ishant Sharma and Jasprit Bumrah to make the fullest use of the conditions.

However, as it turned out, there wasn’t much support to the pacers, who struggled to get any sort of purchase from the pitch. But despite that, Indian bowlers had moments in the day where they were so close to dismissing the English batsmen, at the right time. While at times, the catches didn’t carry, at the other times, the English batsmen got lucky with an edge.

Following the end of day one’s play, where the Three Lions finished on 263/3, Jasprit Bumrah accepted that the Indians conceded a lot of runs in the last session. However, at the same time, Bumrah also stated that India bowled really well in patches, and were unlucky.

“Look over here, the ball did become soft after a while and with the wicket on the flatter side, we had to do with very fewer options. We can’t use the saliva as well to maintain the ball, it was tough for us during that time,” he added.

Another sight that was on offer on the first day of the Chennai Test was the Indian fielders, who according to Rishabh Pant were down and out. Bumrah threw light on the same, stating that they were okay in the first two sessions but became a bit dull during the last session of play.

“I think we were okay (morale) till the second session. At the beginning of the last session, we felt a bit flat. Especially when the wickets aren’t favouring you, we were a bit dull.”

Bumrah also shut down the question about team selection, especially with the team favouring Shahbaz Nadeem over Kuldeep Yadav.

“In hindsight, we can talk well about it (the decision to play Shahbaz over Kuldeep) but this is the team we went with, we will continue to back them. Right now, there is a job to be done and later on, after the game, we can discuss the selection.”

The pacer concluded stating that, not just Joe Root, every wicket will be equally important for them and that would be their main focus on the second day of the first Test.