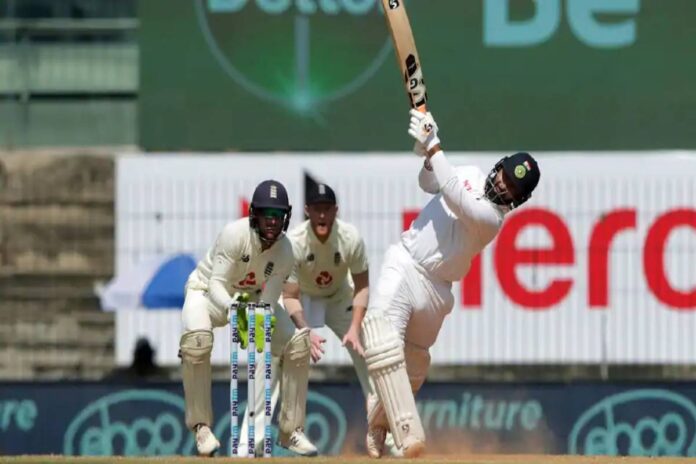 Ian Bell, ahead of the fifth day’s play, insisted that Rishabh Pant is amazing to watch as a neutral before crediting his clear game plan a reason behind his success. While he praised him for his calculative batting, he stated that if India gets a good foundation, Pant could be the difference-maker.

Since Rishabh Pant has made his Indian debut, India have already become one of the feared chasing sides in the world, as seen in the series against Australia. Despite setting up mammoth targets both in Brisbane and Sydney, Australia were made to sweat to draw the Test in Sydney while conceding the Test in Brisbane, all the back of Rishabh Pant’s ultra-aggressive counter-attack.

In just the one innings this series, the left-hander has already set the fear amidst the English bowlers – with Jack Leach bearing the brunt of his batting display. Former English batsman Ian Bell insisted that Rishabh is amazing to watch as a neutral. He also added that the left-arm spinner Leach would be unsure about what Pant would do, facing him.

“As a neutral, Rishabh Pant is amazing to watch. That was just Test cricket. We saw Cheteshwar Pujara doing his own thing in his own way, and Rishabh Pant doing it in his way, which was great. Jack Leach would be sitting there not knowing what to do now when Pant comes in and whether we see Leach bowl to him a lot, I am not so sure in this series,” Bell said on ESPNCricinfo, reported HT.

However, from an English standpoint, Bell stated that if India does get a foundation, via their top-order batsman – the left-handed batsman would be dangerous and could hurt the Three Lions.

Bell also expressed that Pant’s aggressive mindset wasn’t just reckless batting but it was the left-hander backing himself and taking on the right bowlers.

“I think it is so important for a young player to understand how you are going to go and to have a clear mind. Pant showed an aggressive mindset, clear in his game plan, how he was going to take him down. It was not just reckless hitting, backing himself, picking the right bowlers. Yes, clearing boundary fielders but then rotating the strike along the way,” he added.