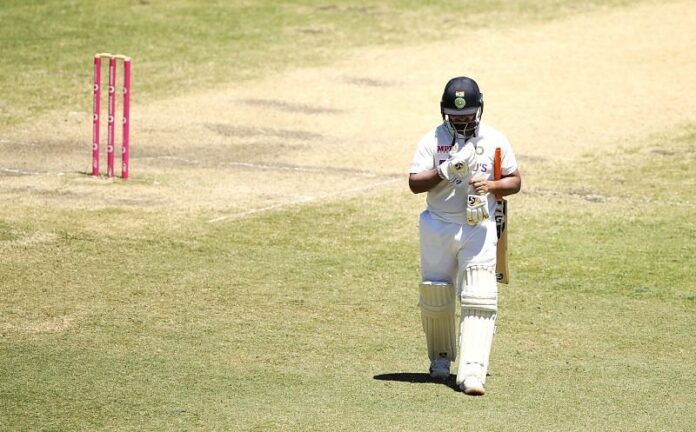 After Rishabh Pant’s 91, VVS Laxman has backed the southpaw, stating that Pant has become more mature with every passing Test match and insisted that he is now aware of his own shortcomings. He also added that an attacking Pant changed the field for Cheteshwar Pujara to get the singles.

Rishabh Pant’s partnership with Cheteshwar Pujara was forged with both ice and fire. While at one end, there was Pujara, who brought the ice part – with his calm and composed defensive batting, there was Pant on the other hand, who wanted to split the gaps. The southpaw successfully put more pressure on the English bowlers, smashing them to all parts of the ground, scoring an 88-ball 91.

However, his dismissal came on the back of a percentage shot that he was trying to play, chipping one straight to the deep fielder, nine short of a century at home. Former Indian batsman VVS Laxman has backed Pant, stating that he has become more mature about his batting and insisted that the southpaw knows his shortcomings.

“That’s the change which we saw in Rishabh Pant’s batting in the Brisbane innings where he played a match-winning knock. He has become more mature, he is aware of his shortcomings. He is also aware of the gameplan of the opposition bowlers. He knows which line to attack and which line to play defensively,” Laxman said on the post-match show on Star Sports.

“Even though he got out on 91, that shot was a high percentage one. Even though the fielders are back, Pant backs his power, strength and ability to hit six because it was with the turn. If it was against the turn, he would be disappointed, we all will be disappointed,” he added.

Meanwhile, at the other end, the defensive field placement allowed Cheteshwar Pujara to keep the scoreboard ticking, with singles and doubles all around the ground.

“One good thing with Rishabh Pant’s approach was that suddenly the momentum of the game changes. All the attacking fielders around the bat suddenly moved away from the catching positions and to the boundary line. Pujara also benefitted and he got a lot more loose deliveries,” he added.

While Pant’s approach was criticised by the purists of the game, Laxman hoped that the team management is backing his approach. However, he also added that it comes with the risk of the left-hander playing a loose shot.

“We have to back his approach and I am sure the team management is backing that approach. Now and then he can play a loose shot and get out but moreover I thought it was a mature innings with caution and aggression.”