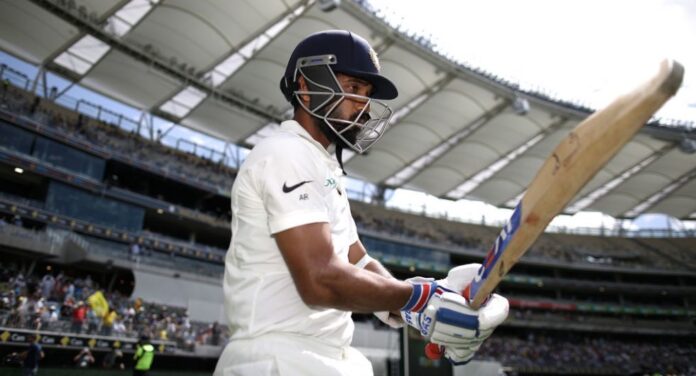 Aakash Chopra tried to make sense of Ajinkya Rahane’s flummoxing returns at home and reckoned it could very well be down to the fact that he bats at No.5, by which time the ball gets softened. Chopra described Rahane as an anomaly but asserted that the vice-captain needs to start firing.

India’s batting performance in the first Test in Chennai was a collective disaster but one batsman who has come under fire more than the rest is Ajinkya Rahane. 1 and 0 was all the Indian vice-skipper could manage in the first Test and with the double-failure, the 32-year-old’s average at home slipped to 37.35. Of batsmen to have scored a minimum of 500 runs in India since the turn of the last decade, Rahane’s average of 37.35 ranks below everyone barring R Ashwin, Saha, and Gambhir and thus the Mumbaikar’s inconsistency has even seen many questioning his place in the side.

There have been many theories as to why Rahane is a much better batsman away than he is at home, and, according to Aakash Chopra, it could be due to the fact that the right-hander bats at No.5. Chopra feels that given Rahane is someone who likes the ball coming onto the bat, batting at No.5 might be working against his style as the time he walks into bat, the ball is already soft.

“When he is playing at home, one radical thought that comes to mind is No.5 is a little too low for a player that he is,” Chopra said in a video posted by ESPN Cricinfo.

“When you’re someone who likes coming onto the bat nicely, you’re better against the faster bowlers – maybe even against the swinging ball. As compared to a turning ball when the ball has gone soft. He is not someone who muscles the ball; he times the ball. So batting at No.5 might not be working for him. But of course there is no place at the top and that cannot be changed. But it’s absolutely fair to expect more from Rahane. He needs to fire.”

The former Indian opener, however, was confident that the Indian vice-captain would bounce back and took the example of the ton Rahane scored against South Africa in Ranchi two years ago, where the 32-year-old turned abysmal home-form around. Given Rahane averages 7 more away than he does at home, Chopra described the right-hander as an anomaly.

“He has done it in the past. The innings that comes to mind is the one he played against South Africa in Ranchi. I thought that was the best I saw Ajinkya Rahane at home. He is a bit of an anomaly. Someone who is born, brought up and has played all his cricket in India but relishes conditions overseas because he loves the ball coming on to the bat.

“He is not someone extraordinarily equipped to handle spin on a raging turner – which the first Test was by Day 4 and Day 5. You know why he struggles sometimes in India, you just have to be patient with him and expect him to find a way of scoring runs.”

Ian Bell, meanwhile, on the same show, insisted that Rahane would be aware of his dwindling returns at home and asserted that it is imperative for the right-hander to get back to consistently accumulating runs for the side.

“I’m sure it does play on his mind. You’re always aware of things around you even though you’re trying to block as much as statistics and things in your mind. It’s a surprise that Rahane’s numbers at home aren’t as good as when he travels. Which is a real surprise. But when you’re a top-order player, regardless of where you play, your job is to score runs and that’s what he needs to get back to,” Bell said.