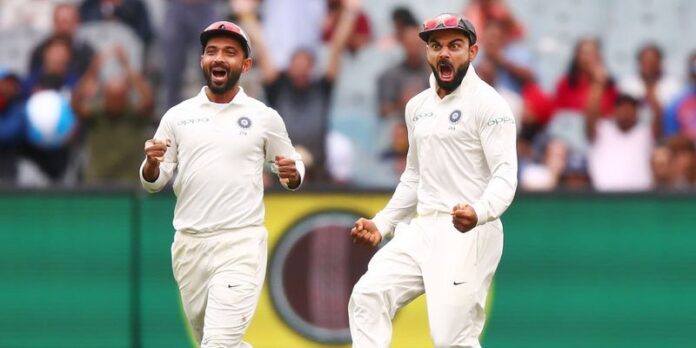 Winning skipper Virat Kohli has asserted that it was a great game for Team India but also opined that it wasn’t unfair if the toss went either way. He also added that both the teams should be in the game no matter what the wicket and that was the case in this Test, so it was fine.

One of the dominating themes of the second Test between India and England was the pitch. It was termed as sandpit and beach by many English fans and experts and has been a point of debate over the last four days. That India won the toss and batted first, it magnified the pitch and the home advantage factor even more. However, India proved that the pitch had runs on offer if the batters applied themselves well enough like was the case in their second innings where Ravichandran Ashwin made a terrific century.

Speaking post the win, Indian skipper Virat Kohli termed it a perfect game for his side and also pointed out that the toss wouldn’t have mattered much given both the teams were in play from the first session which is what matters the most.

“The conditions were challenging for both sides, but we showed more application with the bat. We didn’t panic out there looking at the turn and bounce, we showed grit, got into the game and scored 600 runs in the game. We know our bowlers would do the job for us if we put up these runs. The toss wouldn’t have mattered much in this game to be honest, because if you looked at our second innings, we got 300 as well,” Kohli said at the post-match presentation.

“It wasn’t unfair if the toss went either way. Both teams should be in the game from the first session onwards, whether it is on spinning to seaming tracks, and that exactly was the case in this game,” he added.

This Test also marked the return of crowd at the venues, which was the first time since COVID surfaced and international cricket resumed. Kohli added that the presence of fans makes a huge difference in the game.

“It was a bit strange in the first game to be playing at home with empty stands. We were pretty flat on the first two days over there to be pretty honest, myself included, didn’t pick up energy on the field. But from the second innings onwards in the first game, we picked up and were on the money in terms of our body language. The crowds make a big difference, this game was an example of the grit and determination this side shows and the crowd is a big part of that.”

Virat Kohli was seen asking the fans in the stadium to support the team with ‘Whistle-Podu’ and he said that having the crowd support helps a lot in hot conditions.

“Chennai crowd are very intelligent, they understand their cricket really well. In a 15-20 minute period where the bowler needs the support of the crowd, it is my responsibility to involve everyone and bring in the crowd. If I am running in to bowl in this heat, I need people to motivate me. It is a perfect game for us.”