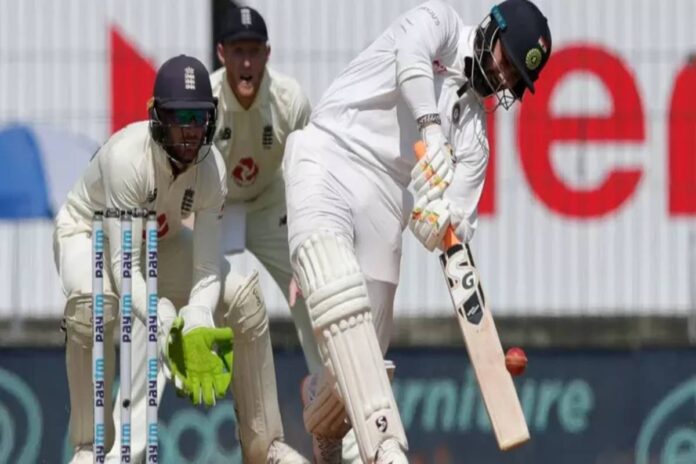 English skipper Joe Root was heavily criticized for not declaring England’s second innings and he has now revealed that Rishabh Pant could have impacted game and he didn’t want that pressure. He also added that India have some exceptional players and they will come back hard in the next Test.

Though Rishabh Pant has had a short Test career thus far but his impact has been paramount. He was critical to India’s epic Gabba win and also threatened to run away with the game in the SCG Test against the Aussies when he had combined in a big stand with Cheteshwar Pujara with his counter-attacking 97. In the first innings of the Chennai Test too, he made an aggressive 91 coming in a pressure situation and helped India post 337 in response to England’s 578.

Given the left-hander’s track record in the fourth innings, English skipper Joe Root didn’t want the pressure of containing runs and knew the Indian gloveman could change things in a session.

“Rishabh Pant bats for one session and he can make things quite interesting. I did not want the pressure of having to contain and as well as take wickets. I wanted to make sure that the bowlers were concentrating on the ways of finding the wickets on that surface. We were always going to create ten chances, we just had to be disciplined and take the chances that came our way. We could have declared earlier, I am just glad how it has turned out,” Root said in a virtual presser, reported ANI.

He also added that it was necessary for the Three Lions to completely take India out of the game as Chepauk had a fast outfield.

The 38-year-old James Anderson was crucial to England’s win today as he took three wickets in quick time in the first session to jolt India’s batting and put England into a position of ascendancy. Root praised the fitness levels of an ageless Anderson.

“The toss was going to be important. From that point, it was crucial that we made the most of batting first on that wicket. We played fantastic cricket, we were in control of the game and the guys were exceptional today in particular. It will give us confidence going into the series. I think Anderson seems to get better with time. Those fitness levels are right up there, it is probably the best he has ever been in his whole career,” said Root.

Despite taking a 1-0 lead in the series, Joe Root is wary of India’s strong fightback and wants to keep improving going into the next Test that starts from February 13 at the same venue.

“This is certainly a very good victory. But in the scheme of this series, we know it’s just a start. We know India is a very good team and they are a very proud nation, they have some exceptional players. They will come hard at us but to be sitting 1-0 up, it’s really good. Really proud of how we played this week, there are some areas we can improve on,” he added.