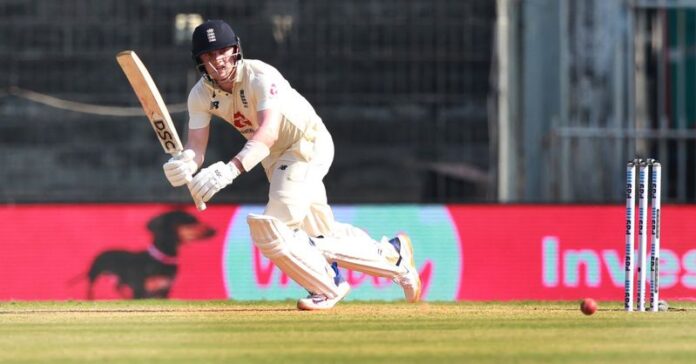 England bowling consultant Jon Lewis claimed that his side did not want to give India a sniff at victory but asserted that despite the conservative approach, the visitors have enough time to bowl the hosts out. Despite being in a commanding position, England only gave India 13 overs to bat on Day 4.

When Ollie Pope got out just after Tea on Day 4, trying to attack, the general consensus was that England, with a lead of 370 at that point, were going to quickly get as many runs as they can and give India at least 20 overs to bat on Day 4. However, what instead followed was some flummoxing tactics by the visitors as the Three Lions stayed on the field for 18 more overs, adding just 38 runs. The English batsmen, post Pope’s dismissal, showed no intent and eventually the Indian batsmen needed to negate just 13 overs before stumps.

England’s conservative tactic has pretty much taken victory off the table for India, but there exists a fear that, owing to their defensive approach, the visitors might have lent the hosts a hand in drawing the game. However, England’s bowling consultant Jon Lewis is not a strong believer of that opinion. Lewis asserted that the English bowlers have ‘enough time’ to bowl India out on Day 5 and stressed that it was imperative for the visitors to not give the hosts even the minutest chance of winning the contest.

“We were very comfortable with the amount of overs we wanted to bowl [on Monday night]. It will give us a bite with the second new ball if required [on Tuesday]. It’s the first game of the series and while you want to get off to a really strong start you don’t really want to give India a chance to win,” Lewis was quoted as saying by Sky Sports.

India will need to score 381 runs in 90 overs tomorrow to clinch victory, and that is, even by their high standards, far fetched. Lewis reckoned that England’s approach with the bat on Day 4 will enable the skipper to set attacking fields on the final day, for there will be no concerns about leaking runs.

“Saying that, they have some fine players and you want attacking fielders around the bat for the whole of day five, especially for our spinners, so to get as many runs as we could and keep the rate high for them feels like our best chance to win the game.”

England scored 178 runs in 46.3 overs in the second innings, and the approach of Dom Bess and Jos Buttler, in particular, was puzzling. The duo were keen to block deliveries – and not score – and they strung together a rather slow 35-run partnership which came off 13 overs. Lewis insisted that every English batsman was positive and asserted that the pitch was by no means ‘easy’ to bat on.

“The guys were positive in the way they played and I don’t think it is a straightforward pitch where you can go and be reckless.

“It’s a good pitch but tricky so, against experienced Indians in India, against Ravichandran Ashwin bowling well on a turning wicket, it isn’t always straightforward to smack the ball all over the place and accelerate. The guys just played the situation the best they could.”

England will need 9 wickets in 90 overs tomorrow to go 1-0 up in the four-match series.