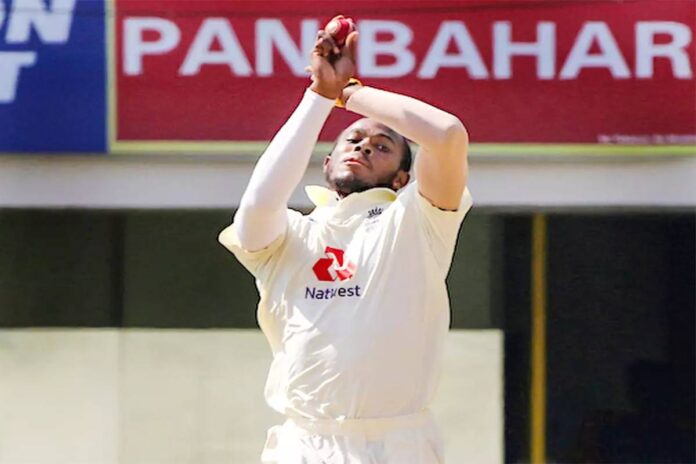 The ECB have revealed that England speedster Jofra Archer has been ruled out of the second Test in Chennai starting Saturday, after having an injection in his right elbow after experiencing discomfort on the field. The ECB are hopeful of the 25-year-old getting back to fitness for the D/N Test.

England have been dealt a huge blow two days ahead of the second Test in Chennai as it has been confirmed that Jofra Archer will miss the game with injury. Archer, who played his first red-ball game in India in the first Test last week, set up the victory for England with the crucial wickets of Shubman Gill and Rohit Sharma in the first innings, and did a fine job piling pressure on the Indian batsmen. It has been revealed by the ECB that the 25-year-old has had an injection in his right elbow after experiencing discomfort, owing to which he will miss the second Test.

“Jofra Archer will miss the second Test against India in Chennai starting on Saturday after having an injection in his right elbow. The injection follows discomfort the fast bowler experienced during the 227-run win in the first Test at the same venue,” the ECB released a statement.

England are, however, hopeful that Archer will recover in time for the third Test in Ahmedabad, which is set to be a day/night affair. The third Test is scheduled to start on February 24.

“The issue is not related to any previous injury and it is hoped the treatment will allow the condition to settle down quickly, allowing the player to return to action in time for the third Test in Ahmedabad.”

Archer’s injury complicates matters, as it could now see both Stuart Broad and James Anderson feature in the second Test starting Saturday.