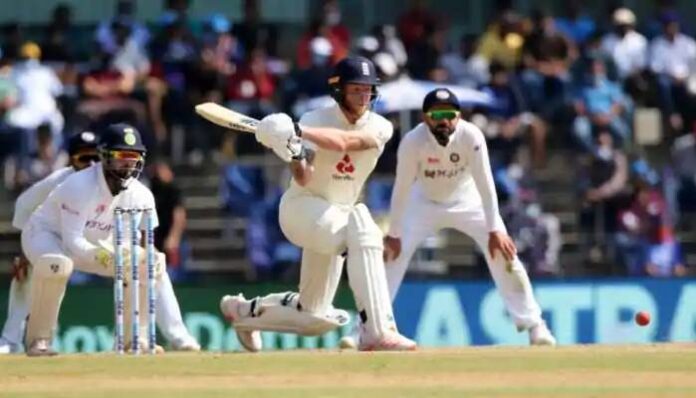 With a lot of talk revolving around the turning pitches in India, Ben Stokes has stated that Test batsmen need to adapt to different kinds of pitches on offer. While conceding the fact that India is a very tough place for overseas batsmen, he added that the same is with England pitches as well.

The likes of Michael Vaughan and David Lloyd heavily criticised the Chennai wicket for assisting turn from Day 1 and how the Test became a lottery afterward. Indian batsmen adapted themselves beautifully, with Rohit Sharma in the first innings, and Virat Kohli and Ravichandran Ashwin in the second dig outplaying the English spinners in their wake.

Ben Stokes, who had a difficult hangover against Ashwin, was the bunny once again, with the Tamil Nadu spinner getting the better of him yet another time. But Stokes didn’t buy to that idea of the wicket was bad. He stated that one has to adapt to different kind of pitches in order to be successful in Test cricket.

“The thing about being a Test batsman is that you need to be able to handle all types of conditions. India is one of the places where it is a lot tougher for overseas batsmen to come and be successful, but then so too is England,” Stokes wrote in his column for ‘Daily Mirror’.

“And that is part of the game, the challenges and why we love it,” he said.

In the second Test in Chennai, Stokes bowled a total of two overs, which raised a lot of eyebrows. But the Durham all-rounder simply brushed that aside, asking people not to read too much into that due to the nature of the pitch. However, he added that he might bowl more in the third Test under lights.

“Don’t read too much into the fact that I didn’t bowl a huge amount in the second game, I’m sure if it was a green seamer I would have bowled a lot more overs. I think there may be more reason for me to bowl under lights in the next game if it will help the team.

“Generally around the world whenever these pink ball games are played there is always a period when the ball starts doing a bit under lights and it brings the seamers right into the game. For us out here that will be massive. And at a brand new ground that looks pretty impressive no-one will know just how it will react.

“We’ve got a good spin department, but hopefully with conditions that suit, we’ve certainly got a seam department to back them up strongly.”