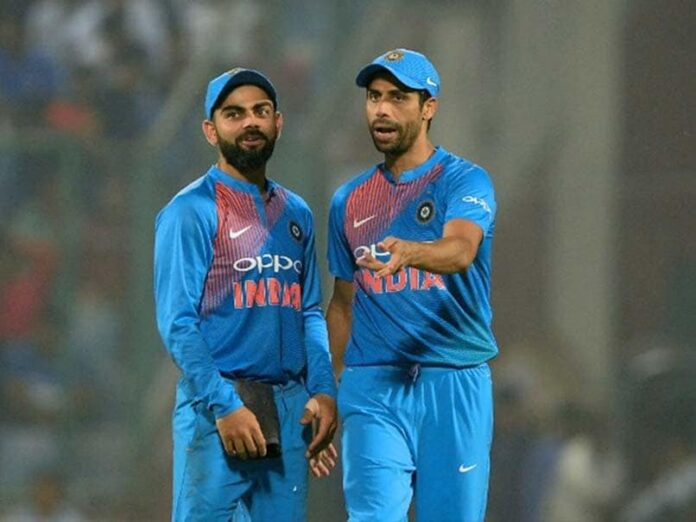 Ashish Nehra, after India’s loss against England in Chennai, has proclaimed that if India wins the toss in the second Test, Virat Kohli would score a 250, just like Joe Root did in the first Test. He also insisted that Kohli takes pride in not getting out and scoring his own runs, which is special.

Right from the start of the Test, after losing the toss, the Indian team were constantly put under the pump by the visiting English side. There was never a point in the game where the hosts were in contention of pulling things back after such a strong start for Joe Root and his men. However, one of the major talking points from the first Test in Chennai was the toss factor, which ultimately tilted the game in England’s favour.

Ashish Nehra, who was part of the broadcasting team, proclaimed that if India won the toss in the second Test, Virat Kohli too like Joe Root would go on to score a daddy double hundred. He also praised the Indian skipper for showing pride in scoring his own runs, even when scoring was tough on the day five pitch.

“You are talking about one or two centuries, I would say when India wins the toss, he will score 250 also,” Nehra said on Star Sports, reported HT.

“This is the special thing about Virat Kohli. When Ashwin got out, he knew that they will lose the match but he did not play any airy-fairy shots. He takes pride in scoring his own runs, that he should not get out. Anyone would have got out to the ball he was dismissed, it kept extremely low,” he added.

The 32-year-old kick-started his innings with three boundaries off Dominic Bess. From thereon, the right-hander was incredible in his approach, with his false shot percentage just standing at 1% at one time. His enigmatic batting and the control that he exhibited was undone by a low-biner from Ben Stokes. The Indian skipper has gone eight Test innings without a century, going into the second Test.

“He kept at it which you need to do on the fourth and fifth days on a subcontinent pitch. The desire makes this player different from others and it is not only here, when he couldn’t score runs in England, very few people would have seen Virat Kohli lunging forward to play the defensive shots. To do that, you need the fitness,” Nehra said.