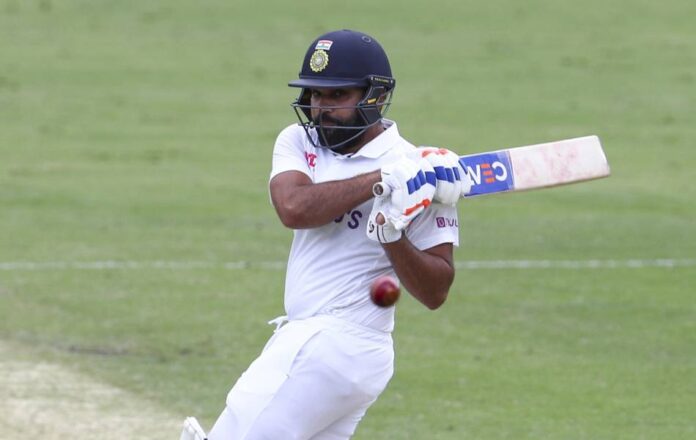 Rohit Sharma has bashed those criticising the second Test pitch and stated that having favourable pitches for the home side is the whole point of the home advantage. The Indian opener further added that one needs to stay clam when batting in the twilight period of the pink-ball Test matches.

Rohit Sharma was not a part of the Indian squad for the Pink Ball Day-Night Test in Adelaide, where India were all-out for a shambolic 36 runs in the second innings, but he is very much aware of the conditions, having played against Bangladesh in India’s first-ever Day/Night Test match in November 2019.  He didn’t bat in the twilight period of the Test, thus had minimal information about batting under lights in Test cricket but he is very much aware that if one can stay patient on this wicket, runs would come easily.

“So far I have only heard about the pink-ball playing on the minds of the batsman. I have only played one pink-ball Test where I didn’t bat during the twilight time and the weather changes. I have heard from the players that it is a little challenging period for the batsman. You just have to be extra cautious and be patient with your chances,” Rohit said in a virtual press conference from Ahmedabad.

“When you are starting your second session, it is important for you to keep talking to yourself to keep calm and be patient. All our batters are very much aware of it. We are aware of what happens during that time and just need to be mindful of that situation. Either you are closing in the session or starting it.”

In the first two Tests, all of Ishant Sharma, Rohit Sharma, and Ajinkya Rahane apart from Virat Kohli were seen helping out the bowlers and advising them about the right lengths. Rohit said that the team likes to operate as a group and they have dedicated certain roles to the players to execute.

“We like to work as a group, there are no individual plans. We always like working together and in a group, we have dedicated certain roles to players. When you play the game, you understand what is happening and what can happen in the game. The bowlers are always thinking about their plans, how to get the batsman out.”

“So a thought or two from us would help them as an additional input. It is important for me to pass the information that I get from slips to the bowlers, so they can play it accordingly. So the senior players communicate with each other and help the younger players. Even an experienced player like Ishant Sharma might need a little thought on what is exactly happening or helping.”

“So any chat with him or anyone will help the team. Whatever helps the team, we are trying to do that, we are doing that plenty of times as well. Teams have come out of difficult situations and made a comeback, it is because of communication.”

The talk about the pitch took the centre stage in the second Test, with many former cricketers terming the wicket was not ideal for Test cricket. However, Rohit didn’t buy to that, saying it was the same for both sides and when wickets are seaming from the first ball in foreign countries, no one seems to complain much.

“The pitch remains the same for both the teams, both of them clash on the same pitch. Pitches have been prepared like this in India for a long time, every country takes advantage of home conditions, so why would we sacrifice our home advantage? This is the whole point of having home advantage. If you don’t want that, then prepare similar pitches everywhere. So there is no point talking about the pitches, talk about the game or the players involved.

“There is really no point talking about the pitches, whichever team performs the best, they will win. As a batsman too, I don’t really care about it, you can’t really change it, so you just focus to give your best there and think about the technique, which is more important. So you work on yourself and not think too much about the pitch, just get yourself prepared.

“There are several aspiring cricketers but we are all here, so we shouldn’t worry about the pitch or something, we just need to perform our best and keep our skillset high. Whenever we go outside India too, we don’t talk about pitches, so everyone should do the same, including our experts.”