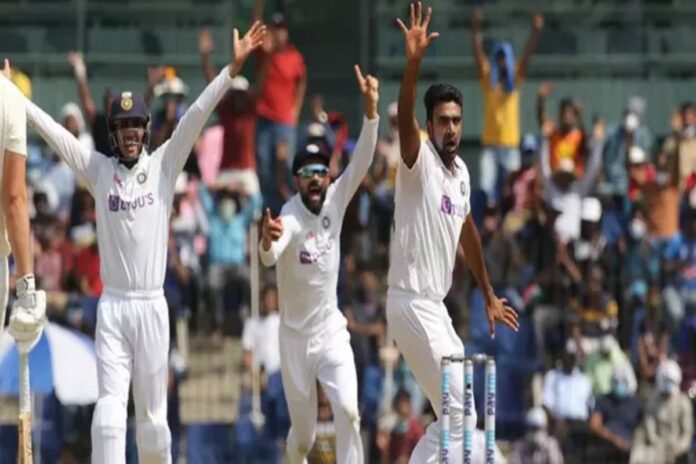 Following the second day’s play, Ravichandran Ashwin has reckoned that he hasn’t seen the English team complain about the pitch or the conditions on offer. He also added that it required incredible patience and skills to be playing on turning wickets, just like it does take on seaming wickets.

On a day where wickets fell in plenty, the pitch and the conditions were under immense scrutiny by the English fans and the media. The ball started turning square, starting from the first over of the day, till the last over, where it was gripping and bouncing off the cracks. While the English team were bowled out for 134, the Indians lead by 249 runs with nine wickets in hand, going into day three.

“I have no idea if they (English team) have complaints about the pitches. It is usual and normal, in the seven days, they (England) have performed really well and played really well. I haven’t seen them complaining or anything. Time and again, there are conditions where the wickets will challenge, be it spin or seam. It is more challenging to actually face 140 kph than someone bowling 85 or 90 kph when the ball is spinning. The challenges are way greater than when you come up against spin,” said Ashwin in the online presser.

He also reckoned that just like seaming wicket, batsmen need to show a great level of patience and skillset to get past the challenge. The off-spinner also insisted that the benchmark to face seam and spin should be set on the same level.

“I think it is about being very patient, like you are playing on a seaming wicket, where you have to keep going at it and put runs on board. When it comes to spin, people expect conditions to be in their favour. But when it comes to a seaming wicket, you can’t play all your shots. The same kind of benchmarks needs to be set if you are playing on spinning conditions as well.”

On his record of getting left-handers out, he revealed that it is a massive advantage for him to get the ball to turn away from the stumps. Alongside that, he also opened up that he’s learnt better, to vary the seam position and make maximum use of the pitch on offer.

“I can’t really remember how it all started (Getting left-handers out). Obviously, the ball turning away from the left-hander was a big advantage for me. Over the years, the left-hand batsmen have received bowling from around the stumps. So, one thing that I have learnt better and started using more, varying the seam position. I have tried to use the crease, going wide off and trying to get the ball to spin. Over the stumps is something that I have used well in the last six months.”

The Tamil Nadu off-spinner also admitted that the wearing of the SG ball in the first Test could have been because of the conditions on offer, with the hard surface. However, in this Test, he reckoned that there was a massive difference in terms of the ball’s condition, after day’s play.

“Whenever you talk about it, my talks would go back to the domestic cricket days, where it was nice. That’s the expectation that you have of the SG ball, you had a benchmark and it would always be compared to that. To be honest, from the last game to this game, there was a massive difference. The pitch wasn’t as hard as the last game, so that might have helped.”