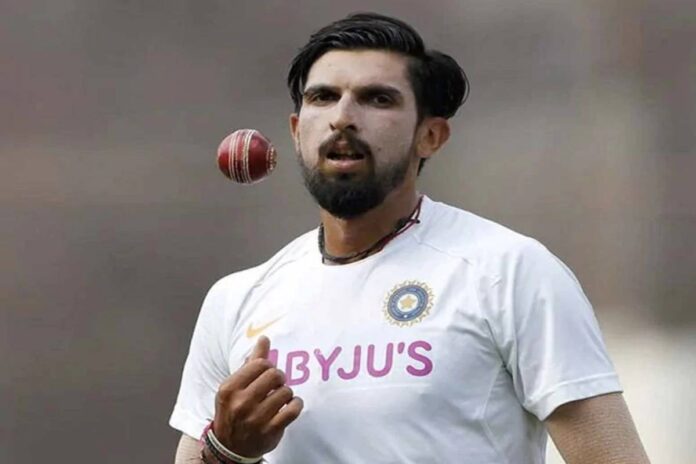 India’s Ishant Sharma claimed that the hosts won’t be thinking about a draw on the final day and asserted that the fearless batting line-up could chase down 420 if they get off to a good start. Ishant further revealed that the pitch started to assist spin, after behaving like a ‘road’ for 2 days.

For the third time in as many Tests, India will head into the final day with a gigantic task at hand, but it could be said that awaiting them on Tuesday will be their most arduous task yet. On a crumbling Chennai wicket, the hosts have been set a mammoth 420 to chase down, and in 90 overs on the final day, they will have to score 381 runs to clinch victory.

India had to score fewer runs on Day 5 in both Sydney and Brisbane and hence many believe a victory tomorrow is pretty much out of the equation. But not buying into that argument is Ishant Sharma.

Ishant laid his faith in the batsmen and asserted that there is no reason why India cannot chase the target down if indeed they get off to a good start.

The reason why the task is set to be arduous is because of the crumbling surface at Chepauk. Batting has become tougher with every passing day and the same was evident on Day 4, with a total of 15 wickets falling in the day. Ishant revealed that the wicket has started to offer turn for the spinners and insisted that it was no longer a road like it was on the first two days.

“On the first two days, the pitch was not assisting us and the spinners, it felt like we played on a road, but it started turning later on in Day 4 and it was a lot more responsive then,” Ishant revealed.

Day 4 was a special day in Ishant’s career as the 32-year-old got to the landmark of 300 Test wickets, becoming only the third Indian pacer – after Kapil Dev and Zaheer Khan – to achieve the feat. The right-armer, whose career has been on an upward curve in the last two years, described his journey as a ‘rollercoaster’.

“It’s been quite a roller-coaster life. I’ve had a lot of experience, a lot of mentors who taught me how to bowl in the subcontinent and how to bowl abroad.”