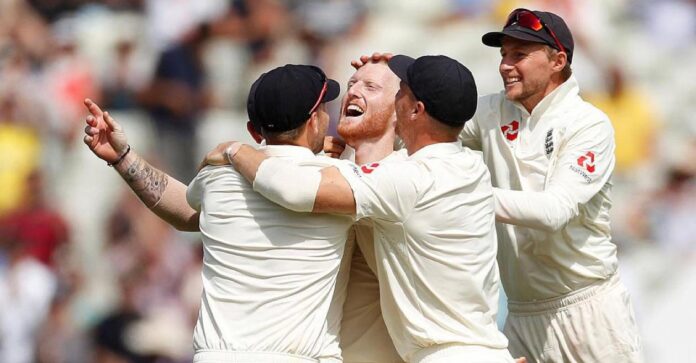 The ECB have named a strong 16-man squad for England’s forthcoming five-match T20I series versus India featuring Ben Stokes, Jofra Archer and also the duo of Jos Buttler and Jonny Bairstow. Sam Curran has also been named in the squad, while Liam Livingstone has also earned a call-up.

Team India will be coming up against a strong English side in the five-match T20I series slated to start next month as the England and Wales Cricket Board (ECB), on Thursday, announced a full-strength 16-man squad for the twenty-over matches. The 15-man squad includes the duo of Jos Buttler and Jonny Bairstow, both of whom have been partially rested in the ongoing Test series owing to workload management, while Ben Stokes and Jofra Archer have also been picked.

Jason Roy, who has been enduring a lean patch of late in English colours, has retained his place, while there has been a surprise inclusion in the form of Liam Livingstone. Livingstone, Roy’s teammate at Perth Scorchers, has been impressing in the BBL for two seasons and thus the 27-year-old has received a deserved call-up.

The world’s number one batsman Dawid Malan, Sam Curran and Moeen Ali all retain their places in the squad, as do Adil Rashid, Sam Billings and Mark Wood. Left-arm seamer Reece Topley has also found a place in the 16-member squad. There is, however, still no place in the T20 setup for Joe Root, who also recently did not register his name in the IPL auction. Opener Alex Hales, who finished as the highest run-getter in BBL 10, has also not been included.

Whether ECB announcing a full-strength squad for the T20Is could mean big names being rested for the last two Tests remains to be seen.