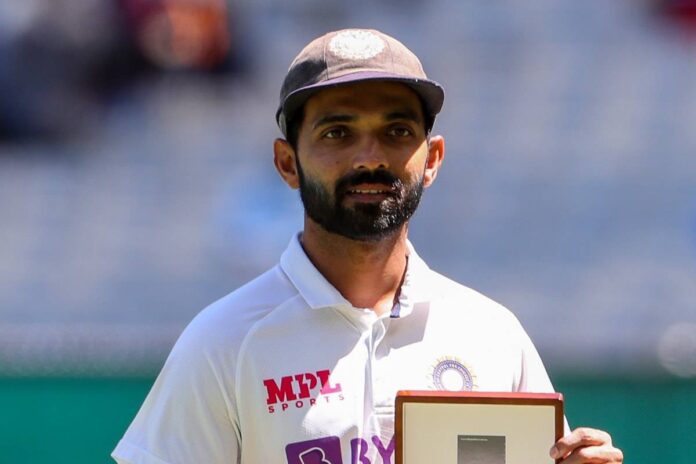 After Gabba, it won’t be wrong to say that Indian fans hoped for a win. As for a draw, it was much expected. But England, James Anderson and Jack Leach had some other plans as the tourists registered an incredible Test win at Chepauk despite an exceptional 72 from Kohli, who didn’t get much support.

Master James Anderson arrives with his ‘reverse-swing’ in Chennai

James Anderson is great with clouds or without it, with Dukes or without it, in England or Asia. He’s a supremely skilled pacer and continues to awe us even at 38, running in and bowling peaches, showcasing how good he is. Winning in India is no joke. You can almost count them on fingers as India merely lost three Tests in the least decade at home. And today, the veteran seamer set-up the game for England.

With a leg-side field, the plan was clear, Anderson was going to target pads and stumps. But Gill already had his eye in. But, he bowled a ripper of a reverse-swinging delivery to get the youngster out. One of the notable things was that, with his angle, the ball was going to come in, it was a fifth-day pitch, there was movement off the deck too, so he was able to get that very late reverse-swing. He was also bowling a lot of cutters and putting a lot of backspin. His wrist position was great as usual, the seam position perfect.

He, shortly, accounted for the wickets of Ajinkya Rahane and Rishabh Pant, using the angle really well. This was also the first time since 2008 that a bowler has bowled out two top-six India batsmen in one over. He finished his spell of five overs, giving six runs and taking three wickets, setting up for a rare Test victory in India. It was reminiscent of his classic spells in Mumbai 2006, Kolkata and Nagpur 2012. Elite!

The team is under real pressure. Youngster Shubman Gill gets out to a James Anderson beauty. But India’s Test vice-captain Ajinkya Rahane walks in. He had got out on a full toss in the first innings to leave India in trouble but he can amend the wrong today. He gets lucky on the second delivery he faces from a rampant Anderson and, despite a short-stride and getting caught in front, he survives. But the very next delivery, pretty much like an inexperienced Gill, there is a big gap between his bat and pad and he gets dismissed leaving India in a rut yet again.

As remarkably as the 32-year-old was to lead India to a series win in Australia, his inconsistent batting performance did get overlooked. Barring the MCG ton and the Test, he managed scores of 42, 0, 22, 4, 37, 24 in the series. Since the start of 2020, across seven Tests and 14 innings, Rahane has accumulated merely 360 runs at a below-par average of 27.69 and only once has he crossed the fifty-run-mark. It doesn’t reflect too well on as senior member as him given the responsibility he carries alongside Kohli and Pujara.

And notably, it was only the 2019 West Indies tour from where he regained form and then did well at home against South Africa and Bangladesh respectively. As before that, in the one year or so, he had averaged 33.61. Quite inconsistent. So, this has been one feature of the Mumbaikar in Tests. He has quite a few such phases, where he gets away sans consistent performances. But given the rise of young Indian batsmen, it would be interesting to see how things pan out for him as there aren’t a dearth of good options for the team in the middle-order.

As much as a dream it was for Jack Leach to play Test cricket in favourable Indian conditions, he was welcomed brutally by Rishabh Pant. At one stage, he was conceding runs at close to 10 RPO, after his first five overs or so, in India’s first innings. On one hand, there was young Dom Bess putting up a brilliant show, on the other, a struggling Leach. He was hit for five sixes by Pant and conceded 4.40 runs per over ending with 2/105. India hasn’t been easy to crack for even great spinners, Leach was experiencing the same.

But, that is where your mettle and character comes into play. He was the senior spinner to Bess, had to a lot to prove after averaging 35.50 with the ball in Sri Lanka. And in the second innings, he just showcased that he is up for a fight and a Pant like assault won’t outdo his years of hard yards in the county to earn the English cap. Late in the fourth day, he delivered a jaffa to Rohit Sharma. The ball drifted in, then straightened, hit the stumps. The dream was on again.

But Pujara was one of the biggest challenges between a draw for India and a win for England. He just doesn’t budge, keeps batting for hours. But he was also determined. Making full use of the fifth-day surface, Leach bowled a peach. The ball had turned and bounced enough to catch the shoulder of Pujara’s bat, and jolted India’s backbone. It was huge in the context of the game. Leach was not only bowling exceptionally but also making up for Bess’ poor bowling. When Ashwin showed resistance with Kohli, he again struck and suddenly the horrors of the day three no longer mattered or existed for him as he was living the dream. To top it all off, he ended Nadeem’s stay to bring an almost close to the Indian innings.

After conceding nearly 70 runs in the first seven overs in India, Leach ended up with six wickets in the match.