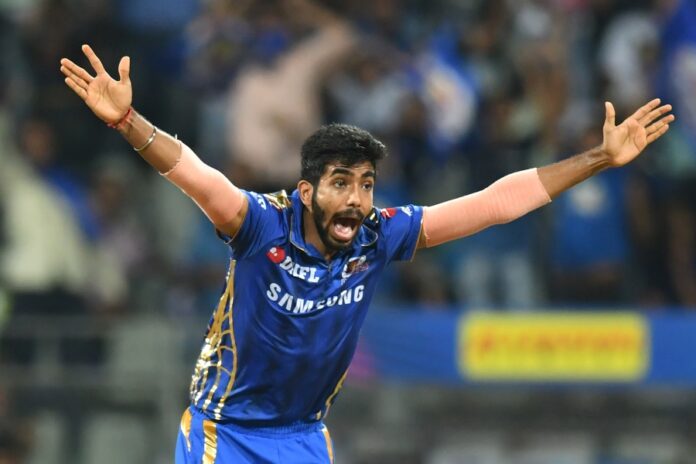 Veteran Indian pacer Ishant Sharma has suggested that Jasprit Bumrah can spearhead the Indian bowling attack for a long time and reckoned that after him, Bumrah is the one who can play a lot of Tests for India. He also added that under lights, the ball will swing like the Bangladesh Test.

India’s pace sensation Jasprit Bumrah is one of the most complete pacers in international cricket at the moment. He quashed all the doubts regarding his ability to make a smooth transition to Test cricket from the white-ball formats as he has been a revelation for India with the red-ball ever since his debut. The right-arm pacer has taken 83 wickets in 18 Tests at an average of 21.88 with a strike-rate of 48.66, which is a remarkable start indeed.

While how long Bumrah plays, only the time would tell, Ishant Sharma will reach the landmark of playing his 100th Test for the country in the upcoming Test at the Motera Stadium in Ahmedabad. Right now, he has played 99 Tests and has taken 302 wickets at an average of 32.22. It’s not an easy task for any fast bowler to survive the rigours of Test cricket for so many years and with Ishant, he has been a constant for India in the whites. When asked who he thinks can play as long as him, he took the name of Jasprit Bumrah.

“I can’t really point at one player, every player that plays for India are great, they deserve their chance. If there is one cricketer after me who would go on to play so many Tests, I think it is Bumrah, he has to lead the bowling attack for a long time. Siraj and Saini are good too but they have their own skills. If you ask Saini to keep bowling at one place, you won’t be able to back his strength and likewise for Siraj, if you ask him to bowl at the higher 140s,” Ishant said in a virtual presser.

The third Test will see the newly built Motera Stadium staging its first-ever international game and it will be a day-night Test played with the pink ball under lights. The senior pacer asserted that since it’s a new venue and not much is known about it, batsmen will need to work out the conditions for themselves and also stated that he’s very excited for the game and playing in the stadium.

“Till now, I can’t really tell you what troubles the batsman and what doesn’t. There are a lot of factors, we are playing on new ground, we don’t have any idea of the conditions, we haven’t played here before. So our batsmen too have to work on that and improve themselves.”

“To be very honest, I don’t really know and think about the stats, I just prepare myself for the game and stick to the plans that we come up with. The stadium looks fantastic, we are just looking forward to being playing in the stadium. We aren’t sure of the conditions and the things to expect, be it pink-ball or the lights. We will only be coming with plans after we have a look at all those,” he said.

“Yes, when we played Bangladesh, pacers got a lot of purchase but now I can’t really say. Under the light, obviously, the ball will swing and there will be dew factor as well. Straight away, you can’t say whether a pacer or a spinner will be in the game. You have to keep everyone ready, as per sessions. So you have to be prepared for everything, be it swing, seam or spin during the Test and that would be crucial.”