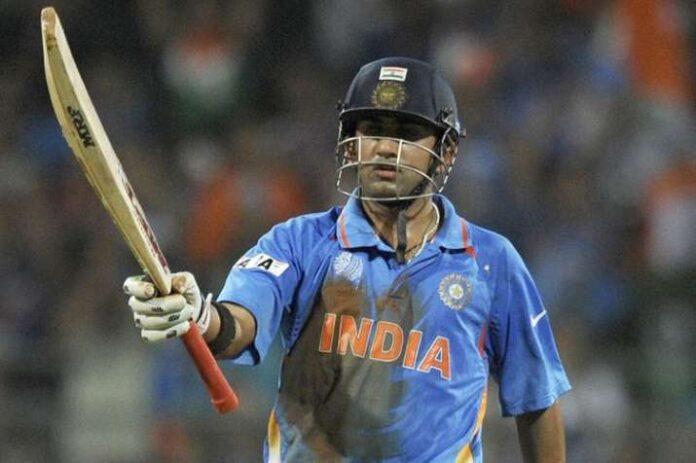 Former Indian opener Gautam Gambhir is of the opinion that the third Test between India and England will see both the teams starting on equal terms since the venue of the game is new and unknown. He also added that given the fast bowling of both the team, it will be an interesting game to see.

Going into the third Test, the ongoing series and the World Test Championship is pretty much alive for both teams. And what has further created more interest is the fact that the third Test will be a day-night affair and that means England will fancy the game more than they would have in an otherwise traditional red-ball game in India. Also, the addition of the likes of Jonny Bairstow and Mark Wood to the side has further strengthened the quality of the Three Lions.

Talking about the game, it will also be played at the Motera Stadium, which will be hosting its first-ever international game and that means there are a lot of uncertainties around the pitch and the conditions. Former Indian opener and World Cup winner Gautam Gambhir feels the uncertain conditions means that both sides will start on equal footing.

“It’s a new stadium, a new wicket and the Test match will be played with the pink ball. So, nobody knows how will the ball move, seam or bounce. Plus, it’s a new venue for both teams, hence both teams will start on equal terms,” Gambhir said on Star Sports’ show Cricket Connected, reported HT.

Winning a Test in India is a rare occurrence for foreign teams. India lost just three Tests in the entirety of the last decade. So, when England defeated India in the Test series opener it was not the most expected result. And Gambhir feels that Root would be quite happy going into the third Test with a scoreline of 1-1 despite the last Test defeat.

“If we talk about Chennai, then Team India knew the pitch conditions. But in Motera, neither India nor England can judge the condition of the pitch. Joe Root would’ve been happy, if someone would’ve told him that they will enter the Pink Ball Test with 1-1 score.”

England always had a great fast bowling attack but over the years, India have also developed a gun pace battery. While England boasts the likes of James Anderson, Stuart Broad, Jofra Archer, Mark Wood and Chris Wokes in their side, India’s pace attack comprises of Jasprit Bumrah, Ishant Sharma, Umesh Yadav and Mohammed Siraj for the next Test.

Both the teams have a great bowling line-up and it makes the pink-ball Test all the more exciting and this what Gambhir also reckoned ahead of the Ahmedabad Test.

“Team India have the arsenal of fast bowling – which could be troublesome for England, and vice versa England also has a fast-bowling attack. It will be interesting to see the kind of wicket the teams get,” he concluded.