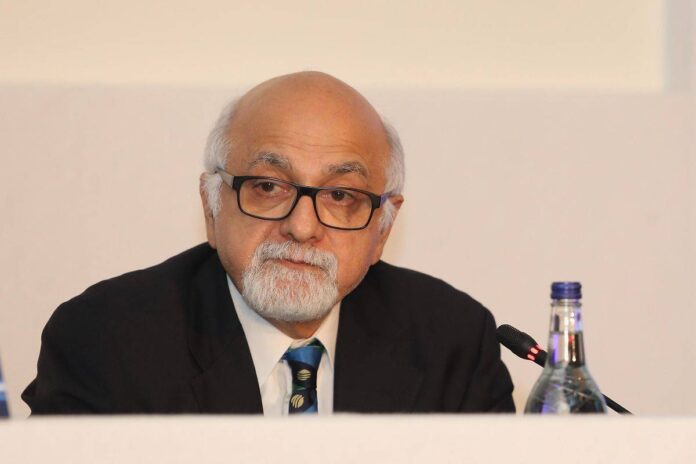 Imran Khwaja, who lost out on the ICC Chairman position in November, is all set to continue in his role of deputy chairman of the International Cricket Council (ICC). In the election conducted via private ballot, Khwaja beat Ricky Skerritt by one vote as confirmed by Skerritt.

It was a close fight between Imran Khwaja and Ricky Skerritt, for the position of deputy chairman of the International Cricket Council, and the 64-year-old lawyer from Singapore has taken the honours. He beat his counterpart by the narrowest possible margin in the election conducted by an independent panel, which was held earlier this week.

“(I) lost by one vote,” Skerritt told Cricbuzz. “(The) vote was via private ballot. So I have no certainty who voted for whom,” the 62-year Cricket West Indies (CWI) president said.

India, Australia, England, New Zealand, West Indies, Afghanistan, Ireland, and chairman (Greg Barclay) were on the same side of the group, and from all possibilities, they might have voted against the Singapore lawyer while Pakistan, Sri Lanka, and South Africa understandably reliant on the other section.

With the verdict standing at 9-8, there is a vertically split board room on offer at the ICC level. While chalking out the next FTP, this will be an issue to confront as the Khwaja group is demanding more ICC events n the 2023-31 cycle while the BCCI-led Big Three, has been demanding fewer global events.

The ICC is yet to announce the details of the election which is expected pretty soon.