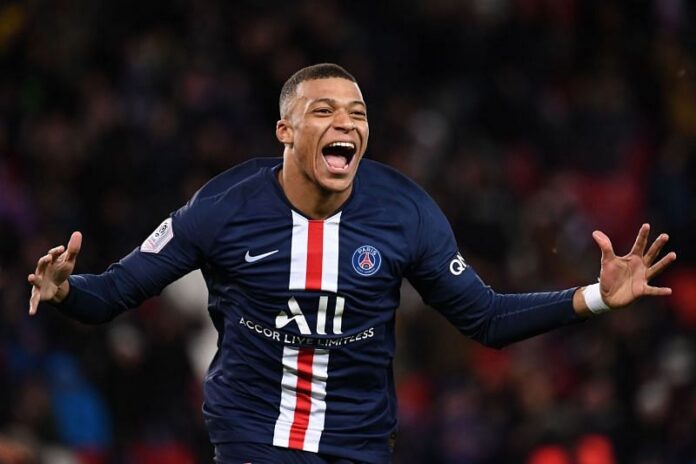 2018 World Cup winner Kylian Mbappe has confessed that he is very happy at Paris Saint-Germain and won’t decide his future on the basis of one match. The Frenchman has less than eighteen months left on his current contract with PSG and has been heavily linked with a move away from Paris.

With no Neymar and Kylian Mbappe struggling for form in the Champions League, many expected Barcelona to walk away as the victors despite their own injury and form issues. However, that plan flew out the window the moment Mbappe decided to put up arguably his best performance in a Paris Saint-Germain kit. The 22-year-old scored his side’s first, second and fourth goal with Moise Kean contributing as well as the Parisians ran out 4-1 victors at the Camp Nou.

With away goals in play, that makes Barcelona’s task tougher next month when they visit Paris but it also saw the rumour mill go into overdrive. However, in his post-match interview, Mbappe admitted that he is happy at Paris Saint-Germain and that has always been the case. The forward further added that the “PSG shirt is one that I hold dear to my heart” but at the same time, he won’t be deciding his future on the back of a single game.

“I have always said that I am happy here. This sort of match makes me even happier. The PSG shirt is one that I hold dear to my heart. I am happy. I always want to give the best of myself. I have not always had that success but never in my life will I hide. Today, my hard work is paying off. It would be stupid to decide my future on a single match. The truth is that it is about reflecting for the long term,” Mbappe told RMC Sport.