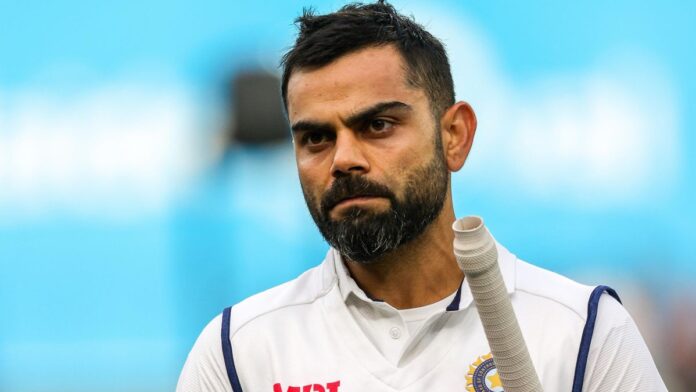 Virat Kohli has stated that he felt like he was ‘the loneliest guy in the world’ during the 2014 England series when James Anderson troubled him and he could accumulate 134 runs in 5 matches. Kohli has also added that talking to a professional is the best way to get over mental issues.

The five-match series against England in 2014 was the lowest moment for Virat Kohli professionally, with the Delhi batsman just managing 134 runs in 10 innings at an average of 13.40. His technique on seaming pitches was questioned and for Kohli, it was a phase he would like to forget. In the “Not Just Cricket podcast” with Mark Nicholas, Kohli revealed that the tour left him in an end-of-the-world feeling and he felt like he was the loneliest guy in the world.

“It’s not a great feeling to wake up knowing that you won’t be able to score runs and I think all batsmen have felt that at some stage that you are not in control of anything at all,” Kohli said about his mental state at the time.

“You just don’t understand how to get over it. That was a phase when I literally couldn’t do anything to overturn things. I felt like I was the loneliest guy in the world.”

Kohli overcame that phase with runs in India and Australia, with the 2014-15 Border-Gavaskar Trophy yeilding him 692 runs with a record four centuries in the series. MS Dhoni also retired from Test cricket mid-way from that tour and it left Kohli as the captain of the Indian Test side.

With runs and confidence back, he could sail through that phase with elan but the Indian skipper added that having someone to speak to is a big requirement.

“Personally, for me, that was a revelation that you could feel that lonely even though you a part of a big group,” he said. “Won’t say I didn’t have people who I could speak to but not having a professional to speak to who could understand what I am going through completely, I think is a huge factor.

“I think I would like to see it change. Someone whom you can go to at any stage, have a conversation around and say ‘Listen this is what I am feeling, I am finding it hard to even go to sleep, I feel like I don’t want to wake up in the morning. I have no confidence in myself, what do I do?’

“Lot of people suffer from that feeling for longer periods of time, it carries on for months, it carries on for a whole cricket season, people are not able to get out of it. I strongly feel the need for professional help [to be] there to be very honest.”