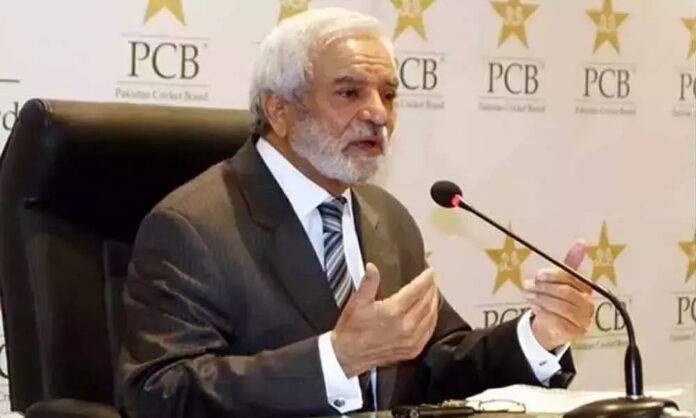 PCB Chairman Ehsan Mani has demanded ‘written assurance’ from the Indian government to deliver visas to players, fans, journalists, and board officials to attend the T20 World Cup in India in the coming October. Mani has further added that ICC have asked for time till March to sort out the issue.

The strained political relationship and the resultant diplomatic concerns meant Pakistan being unsure of the visa issues which is now stalled from India for many Pakistani citizens. Pakistan Cricket Board (PCB) have been raising concerns about the same about their players being allowed to partake in the 2021 T20 World Cup in India and even though the BCCI has said there won’t be any problems, the PCB is asking for a written confirmation from the union government.

“Our government has never told us that we can’t play (in India). We have agreed with the ICC that we are going to participate and we can’t contravene that. At the ICC level, I have clearly said we need a written assurance from the India government that not only our team and squad’s visas, we also need visas for fans, journalists, and the board officials, but that’s also all written in the ICC host agreement and according to that we have put our demand,” Mani told reporters in Lahore, reported Cricinfo.

Mani further stated that the ICC is taking the issue lightly and they have failed to deliver the assurance in the previous two scheduled dates and have now asked time till March 31 to give the confirmation. He further asked that if the ICC fails to deliver the same, he will demand the shifting of the event to the UAE.

“ICC has also been a bit loose on it as they told us that it will be done by Dec 31, 2020, but it didn’t happen. I again raised it in January and in February directly with the ICC chairman, then I talked to ICC management and I told them that I need a clear decision by March. They are saying that by end of March. If it doesn’t come, I will demand the shifting of the event from India to UAE.”

“It’s already been decided that if India can’t hold the event it will be shifted to UAE. Legally and constitutionally it’s our right to participate in the tournament and nobody can remove us from the tournament and the ICC chairman does realise this.

“Unfortunately, it’s unhealthy that especially cricket in India is being linked with politics. On a personal level, I have no problems with Sourav Ganguly and he is quite open about it, he wants to organise the tournament in India and I have no problems with it too if he can convince every stakeholder. But ICC has backup plans and if they (India) can’t do it, it will be held at an alternative venue.”