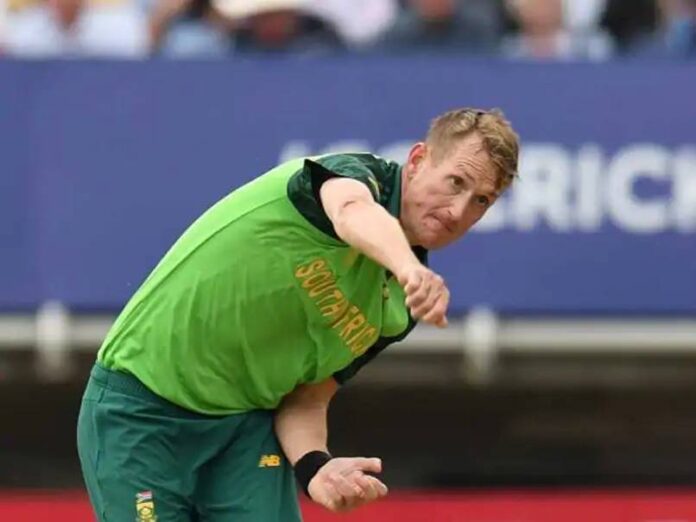 RR Director Kumar Sangakkara claimed that Chris Morris has a ‘specific role’ to play in the side and added that the South African’s addition will enable the team to use Jofra Archer more effectively. Sangakkara also clarified that RR paid big bucks for Morris exclusively for his bowling ability.

Ahead of the auction, that Rajasthan Royals needed a world-class seamer to support Jofra Archer seemed abundantly clear, and so, cometh the day, the franchise set their sights on Chris Morris. Eventually that they ended up paying an absurd 16.25 crore for Morris – the most expensive figure in the tournament’s 13-year history – ended up making the headlines, but, nevertheless, the franchise ended up fulfilling their need – which was to coup an experienced, world-class seamer.

The same was iterated by Rajasthan’s Director of Operations Kumar Sangakkara, who insisted that leaving aside the money, Morris’ signing will bolster the franchise, for it will enable them to utilize Archer more flexibly. Archer, last season, ended up bowling two overs up-front and two overs at the death, but Sangakkara believes that the addition of Morris will help Rajasthan use Archer in a more aggressive fashion.

“Morris was significantly high in terms of auction price. Morris has a very specific role for us to play in supporting (Jofra) Archer. It gives us a lot more flexibility in the way we use Archer,” Sangakkara said at a virtual interaction, reported TOI.

“It could be that Archer could bowl at start and the middle and not worry about the death. At death, sometimes even the best bowlers in the world get hit and they have to face some damage. The real crucial part is to set that game in the start and the middle overs and have two capable finishers in the back end. So, that’s where Morris’ role comes in as well and the Indian bowlers will be extremely vital.

“They can do the support job at the start and the death in tandem with an Archer or a Morris. But Archer will be definitely leading this attack — he has been the most valuable player last season. The legendary Sri Lankan cricketer said the team would look to Archer for breakthroughs. He is definitely the fast bowler we are looking at to deliver those attacking passages of play. So with Morris coming in, the ability to change Archer up and have him constantly attack the batsmen is freed up.”

It has been suggested that Morris’ price was inflated because he is a valuable lower-order hitter – he has an average of 23.95 and SR of 157.87 in his IPL career – but Sangakkara clarified that RR paid what they paid exclusively for the South African’s primary skill, which is his bowling. The Lankan legend claimed that whatever Morris contributes with the bat will be a bonus.

“I think in considering Morris for us, the number one factor was his bowling numbers, was (which were) some of the best across the entire spread of the phases of the game, so from the top to the middle and especially at the depth, so that was our main consideration.

“His batting is a bonus, but with the batting that we do have, with (Shivam) Dube coming in, (Rahul) Tewatia did a good job for RR last season and seems to be developing well…

“The first nod was to the bowling aspect of Morris, and if he can add runs with the bat, which he can do, that would be an added bonus.”

Conversely, Sangakkara revealed that the franchise had brought-in all-rounder Shivam Dube for his batting; his ability to hit a long ball down the order. Rajasthan purchased Dube for a tall sum of INR 4.40 crore after the capped all-rounder was released by his ex-franchise RCB.

“We have Shivam Dube, we got him at a very good price, he comes in as a lefty in that middle order and it gives the ability to stretch our batting order a little bit more and have more experience there.

“For us, the focus on Dube is his batting, and that is number one. If there is an opportunity for him to bowl, it would be very rarely and very few overs, if at all,” Sangakkara said.