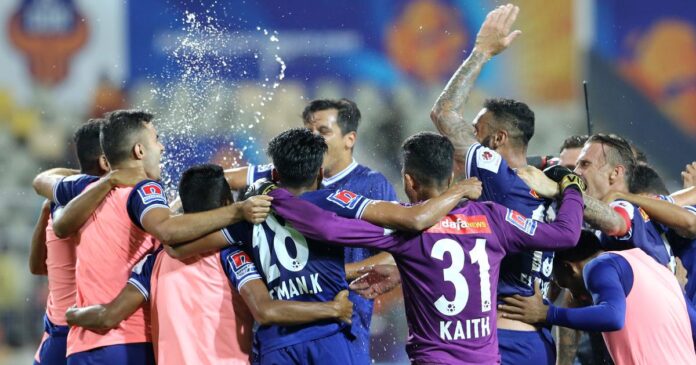 The 19th matchday of the Indian Super League (ISL) will see Chennaiyin FC taking on FC Goa at the GMC Stadium in Goa on 13th February.
Chennaiyin FC has had a mixed season in ISL 2020-21, with 3 wins and 8 draws in the 16 games they’ve played so far. Their previous encounter against Bengaluru FC resulted in a draw as both Chennaiyin FC and the Blues failed to post a goal on the board. Chennaiyin FC’s attacking side is handled by E. Goncalves with Memo and A. Thapa being placed in the midfield. The Hungarian Laszlo led side is placed at the fifth spot with 22 points to its name.
FC Goa, on the other hand, has had a decent season as they’ve won 5 games and 7 of their matches have resulted in a draw. Their previous match against NorthEast United FC resulted in a draw as both sides managed to post two goals on the board. The attacking duty for FC Goa is on the shoulders of I. Angulo, with I. Gonzalez and A. Khan handling the defending side for the Mariners. The Juan Ferrando led side is currently occupying the fifth position on the table and has garnered 22 points in the league so far.
Both Chennaiyin FC and FC Goa have a well-balanced lineup in the form of E. Goncalves, Memo, I. Gonzalez and A. Khan. Speaking of their last five games, Chennaiyin FC has lost two games and three of their matches have resulted in a draw. FC Goa, on the other hand, has won a single game and have four draws to their name.