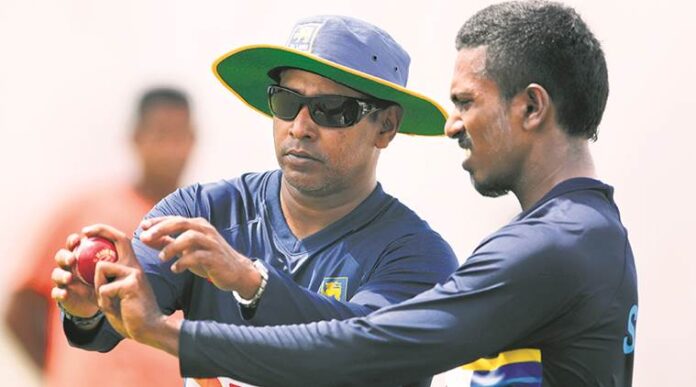 In what comes as surprising news, Chaminda Vaas, within days of being hired as Sri Lanka’s bowling coach, has resigned from his position, just ahead of the West Indies tour. The Sri Lanka Cricket (SLC) expressed their displeasure at the exit of Vaas and termed it a ‘disheartening’ move.

Sri Lanka cricket is going through a turmoil on the 22 yards over the last few years with their listless performances. They last lost against England, in a two-match Test series, and were in fact, whitewashed by the visitors where the team played questionable cricket. And now just ahead of their Caribbean tour, the newly appointed bowling coach, Chaminda Vaas, who had earlier replaced  David Saker, has resigned from his position just three days after bagging the role.

The former Sri Lanka pacer took to even Twitter and wrote, “I made a humble request to SLC and they turned it down. That’s all I can say at the moment. Justice will prevail!”

However, the Sri Lanka Cricket (SLC) is fuming over Vaas’ decision and called it a disheartening move besides terming the resignation as ‘irresponsible’ and also completely based on “personal monetary gain”.

“It is particularly disheartening to note that in an economic climate such as the one facing the entire globe right now, Mr. Vaas has made this sudden and irresponsible move on the eve of the team’s departure, based on personal monetary gain,” SLC said in a statement, reported Cricbuzz.

“The Management of SLC, and indeed the entire nation, hold Mr. Vaas in high esteem as a cricketer who has excelled for his country. His years of yeoman service have been appreciated and rewarded over the years both in status and in kind. In such circumstances, it is extremely disheartening that a legend such as Chaminda Vaas has resorted to holding the administration, the cricketers, and indeed the game at ransom, by handing in his resignation at the eleventh hour, citing the administration’s refusal to accede to an unjustifiable demand for an increased USD remuneration.”

The statement further added that despite being a contracted employee of the SLC, to take such a decision isn’t quite justified.

“In spite of being a contracted employee of Sri Lanka Cricket, already receiving remuneration that is in keeping with his experience, qualifications, and expertise, in addition to which he would have been entitled to the usual USD per diems offered to all members of a traveling squad,” it added.