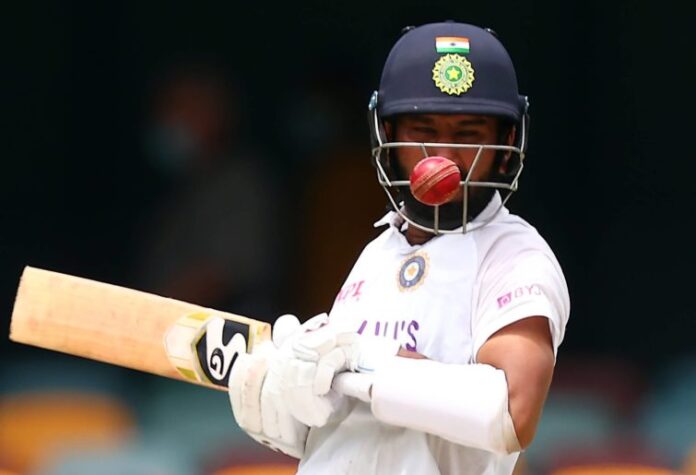 Make no mistake – Cheteshwar Pujara is a decent limited-overs cricketer, has a century in domestic T20s with the 2018 season seeing him breaking the shackle audaciously. It would be too premature to suggest anything otherwise but CSK’s Pujara purchase has divided opinions.

Pujara’s defense is the biggest solace for an Indian cricket fan when the Test team travels overseas or even at home. It was in show in England last time, in Australia during the 2018-19 tour and of course, in the 2020-21 Border-Gavaskar Trophy. Pujara eventually became the most-prized wicket for the Aussies despite the presence of several other seniors in the line-up for the major part of it. Quantifying Pujara’s abilities would be like feeding grass to a tiger – both will be inconsequential at the end of the day.

Thus how will you make sense of what transpired on Thursday, welcomed with a round of applause from every single franchise representative in the hall as well as the BCCI members sitting on the podium?

It is a feel-good factor that a modern-day legend of Indian cricket finally got his wishes fulfilled but the larger consequences of the fact that his Warwickshire County deal might fall apart due to a clash just ahead of the World Test Championship final at the Lord’s and India’s upcoming England tour when they will play as many as five matches as a part of the next WTC cycle brought the biggest question of the day.

If you are an Indian Cricket fan and have invested good enough time watching the Test team go about the action the way they have in Australia and at home, anything other than the coveted WTC Trophy would seem heart-breaking. Plus the way India performed in England last time, despite the scoreboard reading 4-1, a series win in 2021 can’t certainly be ruled out, especially with the combination of Ishant Sharma and Jasprit Bumrah back to business. Your wish is a systematic progression through the act of this brave Indian team and for that you need Pujara at the center of it, defying bullets with defiance.

Hence the argument of Pujara being better off with an IPL deal instead of playing cricket in England is a logical point, as Pujara himself spoke about the positives of the County stint in 2018 had on his batting. But what about his own ambitions and wishes to play in the biggest T20 tournament of the world and trying to project that he still has it in him to draw a card that seemed oblivious at first?

If Virat Kohli, or Ajinkya Rahane, or Shubman Gill, or Jasprit Bumrah can play the Test comfortably after an IPL, there is nothing there that suggests that Pujara can’t follow the same template and be successful in England. Rather he can earn a decent package here to supplement his income from the Central contract as well as making up for the amount he would’ve received had he been a regular limited-overs fixture.

In a free-market system, everyone is entitled to base their cost and the ones who can afford them will own their services. It is pure economics and a sustainable business model. Nothing more than that. Thus us expecting Pujara to push that aside and act holier than thou to go for a County contract is being hypocritical at the very best. He is entitled to have his share of fun and take the 50 Lakhs home to make up for the lack of glitzy advertisements on his contract list.

Secondarily, Pujara is a professional cricketer who has already played over 80 Test matches. He understands the rigours of playing against the likes of James Anderson and Stuart Broad after making four Test tours of England and numerous county trips in the last decade. It is futile to imagine that the Saurashtra batsman won’t be able to handle the pace once again while others can, thus reserving our opinions on the same is much better.

What we can do rather is letting Pujara be his own man and be happy for the decisions because his failure or success in England, or any of Indian player for that matter, will be down to one thing alone. If in the process, Pujara can send a reminder of the fact that he still holds the aces in the 20-over format and can be a utility player in the Chennai Super Kings line-up, it is a win-win for him in the long run.

Respecting that wish is the best benevolence to a man who has played his cricket his own way while suppressing his desire for the greater good of the nation. Anything other than that will do a disservice to a great cricketer who has given India many memorable moments after taking body blows over and over again – quite literally.