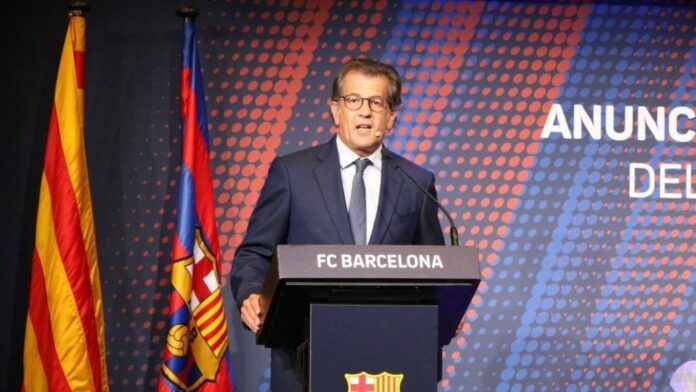 Barcelona presidential candidate Toni Frexia has revealed that if he is elected, then the La Liga giants will have the money to build the competitive squad the club deserves. The La Liga giants are without a president after Josep Maria Bartomeu resigned with the elections suspended over COVID-19.

While Barcelona’s presidential elections were supposed to take place at the end of January, the ongoing coronavirus pandemic postponed things with it now suspended until March. However, that has allowed their candidates to further try and make their cases to the club’s shareholders with Victor Font and Joan Laporta leading the race. But while Toni Frexia is an outsider to the job, the Spaniard has made up quite a lot of ground over the last few months.

In his latest interview, Frexia has revealed that he has big plans for the club and that includes helping them get back on the financial track. The La Liga giants’ are in serious debt, with their gross debt rising to nearly €1.2 billion, and it has affected their ability to sign players. But Frexia revealed that he has created a plan that could see “Barcelona have the competitive team” that they deserve to have. He further added that it could mean big money moves for players like Erling Haaland and Kylian Mbappe in the future.

“[The €250m] will be invested in three star players, two attackers and a defender. The message is that Barca will have the competitive team that they have to have and that the supporters want. I’m talking in real terms; we will have the most competitive squad for next season,” Freixa said, reported ESPN.

“We won’t speak about players until they’re signed, because it’s not a good strategy and other clubs could ruin negotiations. But it’s absolutely possible [to sign Mbappe and Haaland]. It’s what Barca must do. Bring in players who can make the difference.”