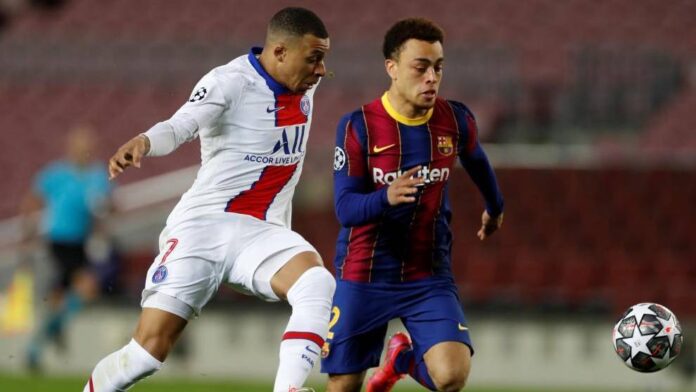 Barcelona enter this UEFA Champions League (UCL) Round-of-16 (R16) clash hoping to proceed for a 14th straight season. The five UCL wins that preceded their group matchday six defeat saw Barcelona average 1.20 goals per match beyond the hour mark, with every one of those wins seeing them convert a penalty – though none of those spot kicks proved decisive.
On the domestic scene, meanwhile, Barcelona have had to recover after conceding first in three (W1, D2) of their last five La Liga (LL) home matches. Three of their last four LL home games have also seen the second half drawn 1-1, with the final match goal coming inside the 61st-75th minute period in each of that trio.
PSG’s run to last season’s UCL final bookended a run of three successive campaigns yielding elimination at the R16 stage. Despite their poor recent record in this round, an away goal should be forthcoming here, with the Parisians scoring at least once in all R16 away-leg appearances under the post-2003 format (W4, D1, L2).

Prediction: total goals will be OVER 1.5